How was Rian Johnson going to top his achievements with Knives Out? I didn’t even know if making another addition to the series was necessary. One thing the director of The Last Jedi has continued to do is surprise audiences with his ability to make something fresh. Glass Onion is nothing like Knives Out. It’s certainly set in the same universe, with a delightful return of Benoit Blanc (Daniel Craig), but the mystery is entirely different. It involves a gathering of various wealthy people on a remote island. Each person has a reason to dislike one another and when one guest ends up dead the question becomes who could have committed the crime. Lucky for us our man Benoit Blanc is on the case and it makes Glass Onion an entertaining whodunnit with many layers.

Getting into the details of Glass Onion it’s best to describe the various characters. An invitation is sent from tech-entrepreneur Miles Bron (Edward Norton), bringing his friends to his private island. The group includes: pop-star Birdie Jay (Kate Hudson), her assistant Peg (Jessica Henwick), right-wing gun nut Duke Cody (Dave Bautista), his influencer girlfriend Whiskey (Madelyn Cline), senator Claire Debella (Kathryn Hahn), and Bron’s loyal assistant Lionel Toussaint (Leslie Odom Jr.). The group makes up a collection of those that have invested in Bron’s work, used him for their personal wealth, and at one point chose sides when his company split with the true inventor Andi Brand (Janelle Monae). It looks like a simple getaway but things change when Brand and Blanc show up, both receiving invitations mysteriously, and creating tension on the island from the start.

What continues to fascinate about the Knives Out films is their ability to mold, shape, twist, and bend from all expectations. Both films now have zigged when it would typically zag, staying away from the conventional whodunnit style, making Death on the Nile seem like a dull slog. Johnson isn’t afraid to let his characters stand alone in a big room and still give them the space to be a part of the ensemble. He also does not let the story overwhelm the audience. There are twists and turns in Glass Onion, moments where it might be obvious to some on who the killer is or isn’t, and still surprising us with where it’s able to go. And it continues to have an ace in the hole: the delightful performance of Daniel Craig as Benoit Blanc. If Craig was worried about finding something after Bond, I think it’s safe to say he’s found his new path.

The second and third acts are where Glass Onion truly ramps up. The first act introduces the characters, sometimes looking like Johnson adapted his screenplay when the pandemic hit, but once we get on the island it’s smooth sailing. There is a member of the group that ends up dead- who? I wouldn’t dare- but now we get a steady drip drip of who exactly the killer could be. In perfect Rian Johnson fashion, he’s not even holding his cards too tight to the chest, but like a magician he is distracting with one hand and tricking us with the other.

The total sum is that Glass Onion is an absolute blast. It will be some of the most fun audiences will have in 2022 and the cast is obviously having a gas as well. The three that pop out the most are Craig, Kate Hudson, and the luminous Janelle Monae. Each one instantly leaves a mark in the Knives Out series, something we desperately need more of today, and a tradition that must continue. Rian Johnson proves once again that he is a brilliant writer, especially with the humor, as Glass Onion is even funnier than its predecessor. He’s a unique voice for cinema and one hell of a mystery maker. Glass Onion is one of the brightest bulbs this holiday season.

GLASS ONION: A KNIVES OUT MYSTERY IS PLAYING IN SELECT THEATERS AND PREMIERES ON NETFLIX DECEMBER 23RD, 2022. 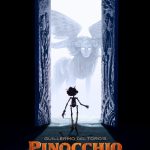