The story of Pinocchio, the wooden toy that would one day become a real boy; It has been told too many times to count. Just in these past two years there have been three different versions. And what more could be done? Apparently with the brilliant mind of Guillermo del Toro behind it- a lot more. This version is done with stop-motion-animation, in a way that is brilliant from an artist perspective, but also unique from the new story additions from del Toro and co-director Mark Gustafson. It’s about more than just the standard lessons we teach our children. It has the themes about teaching kids to go to school, don’t talk to strangers, don’t lie, and listen to your conscience, but it also is about loss, love, and how humans can handle the ugliness that can exist. With the brilliant mind of Guillermo del Toro behind it, anything that is classic can be made anew, and this Pinocchio is a gorgeous masterpiece.

It begins with our narrator Sebastian J. Cricket (Ewan McGregor perfectly cast) and he introduces us to a boy named Carlo and his father Gepetto (David Bradley). They live in a small Italian village, a quiet life, wrestling with the painful passing of Carlo’s mother, and the rising threats of WWI encroaching on their peace. Gepetto is the woodcarver and sanctioned to carve a beautiful crucifix of Jesus for the local church, a job that becomes a daily routine for father and son, but when bombs start dropping, one lands in the church, taking away Geppetto’s only son. In his grief, he carves a wooden boy and as the story goes he is magically brought to life by a magical Sprite (Tilda Swinton). What lies ahead in store for Gepetto and Pinocchio (voiced by Gregory Mann) are two paths, one the challenge of a parent, and the other the challenge of becoming oneself. And yes, there is the lesson of right and wrong, but surrounding them is the weight of death, oppression of fascism, and finding themselves.

From a technical aspect, this Pinocchio is an absolute marvel, with the stop-motion-animation having an impeccable attention to details. It’s undoubtedly the perfect step for del Toro, whose craftwork on films such as Pan’s Labyrinth, Nightmare Alley, and The Shape of Water are on a macro-level, where his craft surrounds us. The screenplay is written by del Toro and Patrick McHale also allows for that craft, with a balance of the fairy tale parts and molded together with del Toro’s typical themes. He’s always interested in the world that surrounds children and the parents that break their innocents. We see the militant leader of a school- Podesta (voiced by regular Ron Perlman or the leader of a traveling circus- Count Volpe (Christoph Waltz) and both of them break their trust, leaving children isolated, and creating a future they can’t prepare for.

At the core of Pinocchio is a similarity to The Devil’s Backbone, following a 12-year old boy at an orphanage and during a time of war, but what stays persistent is the childlike wonder of our hero. This is undoubtedly one of del Toro’s brighter films and he uses the themes to have a light and dark side. What helps alleviate the darkness is a lovely score from Alexandre Desplat and the undeniable keen eye of animation from co-director Mark Gustafson. At the end Pinocchio is a reason to praise great animators and artists, much like Gepetto they are crafters, people that see the world from all sides.

There is so much more to go over in Guillermo del Toro’s Pinocchio and that also arrives with praise. The conversation of being a parent and being a child is hitting right at the heart, telling a story for the ages, and this iteration makes the earlier Robert Zemeckis version look quite pathetic. The genuine hope will be for families to discover and grow with this Pinocchio. Much like the branches and limbs that grow on his nose, there is an extension of pure love, and a moment of great wonder to behold. There’s no strings attached- Pinocchio is absolutely magical. 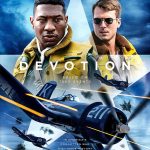 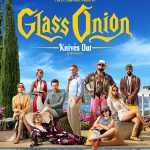 Glass Onion: A Knives Out MysteryReviews