When we honor the men and women that have served in our military, from the Army, Marines, and U.S. Navy, there is an added pressure to make sure the story is told right. Lives have been lost, war is sensitive, an unfathomable experience and no matter if it’s a routine exercise or the heart of battle, it’s a risk of life. Typically that is why one might eat up an intriguing true-story told in J.D. Dillard’s Devotion but what is at hand are too many stories wrapped into one. It’s about men at war, an unexpected friendship, the fears of flying, the difficulty of being a black man fighting in a country against him, and the families we have left to pick up the pieces. It’s too much. It’s why Devotion has strong production and performances but lacks a clear narrative to see through the clouds.

The main character is Jesse Brown (Jonathan Majors), a pilot for the U.S. Navy, undoubtedly one of the best, and as the first black man to serve in the air his impact is large. He has already been through the worst, with every maneuver under a microscope, but now lives are on the line in the Korean War. We are then introduced to Tom Hudner (Glen Powell), the newcomer to the group of pilots, who first meets Brown when hearing him speaking to himself with insults. Brown is testing himself against all he might experience and Hudner is witness to two types of fights. Devotion follows these two men in their friendship during a time of war, along with the collective group of pilots that go from training to combat, all with the constant threat of fear of never seeing tomorrow.

It would be easy to say Devotion does the nuts and bolts right of a good war film. It would also be correct to say that both Majors and Powell have an undeniable chemistry together to make the friendship stuff work. It would also be correct to say that the aerial action scenes are top notch. It’s almost as equally impressive as Top Gun: Maverick but what it fails to do is settle on one of these stories. It’s impossible to lock in on the plot, written by Jake Crane and Jonathan Stewart (adapted from the book by Adam Makos), never settling on if it’s a study of character, or the struggle of war, and ultimately lands on a movie that is awards season content.

The biggest regret is that Majors’ performance is squandered, as the actor from The Harder They Fall continues to prove that he’s an amazing presence, and never takes a shot off. The narrative goes off the rails during a night out for the team where Elizabeth Taylor (Serinda Swan) becomes a friend at a casino. It’s the perfect example of how the story starts in one direction and swerves to another. Complaints I have involve poor direction from Dillard and writing that attempts to cover every base. There is an unfocused aspect to the narrative which fails a movie that does have a great production value.

Devotion begins as an engaging story of war that audiences will learn about an American hero and can be thrilled by the aerial action sequences. What it lacks, however, is focus, failing to elicit emotion and tell a story that truly resonates. There’s a better movie somewhere in Devotion but that would take a commitment that was just not there. 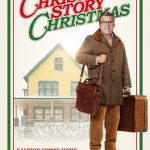