The term “American exceptionalism” isn’t exactly something we have said over the last six years. A divided country will do that to our culture, where nothing can bring either sides together, or where patriotism is a lifestyle brand instead of a genuine appreciation for all people in your country. For a brief moment in Top Gun: Maverick, the chills that come from seeing a group of men and women, all from different walks of life, coming together to achieve one common goal for the country, that feeling was coursing through my veins. That’s not to say that Tony Scott’s 1986 film hasn’t made an impact on cinema, because narratively, historically, and culturally it still floats in the ether. Games of beach volleyball in jeans, names like Goose and Iceman, and massive fighter jets zooming through the air to the sounds of “Danger Zone”. It’s had an impact and now 36-years later, Top Gun: Maverick is ready to climb higher. Joseph Kosinski’s superior predecessor, places Tom Cruise back in the cockpit, only this time he’s sanctioned to train a group of hot shot pilots, risking their lives to take out a nuclear bomb sight. The stakes are high and the thought of someone dying once again at the hands of Pete ‘Maverick’ Mitchell are too hard to handle, only this time it’s not pretend. Tom Cruise is risking it all to bring the Top Gun thrills back to the big screen and he’s achieving new cinematic heights with Top Gun: Maverick.

On the surface this is a “legacy sequel”, with two cast members from Top Gun brought back in Cruise and Val Kilmer, but the minimal characters returning helps because this Top Gun feels fresh, worrying little about the past and moving onto the future. The opening sequence reveals the same old rebellious Maverick. Only he’s a dinosaur by Naval airmen capacity, where unmanned drones are the way of the future, so he must prove to Rear Admiral Chester Cain (Ed Harris) he can take a flight to mach-10 without destroying anything. He proves it, but his reckless behavior leaves him on the ground, only now he’s saddled with being a teacher, and one of the new pilots in his care is his old partner Goose’s son Bradley ‘Rooster’ Bradshaw (Miles Teller). He’s brought in by Kilmer’s Iceman, meeting face to face in an endearing reunion, and he challenges Maverick to answer the call. Now the mission becomes more personal, with Maverick deciding between doing what’s right for his ego, or what will lead to a successful mission. Nobody said being a fighter pilot was easy.

The screenplay for Top Gun: Maverick is written by Ehren Kruger, Eric Warren Singer, and longtime Mission: Impossible collaborator Christopher McQuarrie, but the writing is pretty nuts and bolts. It’s director Joseph Kosinski, along with Cruise obviously guiding him, where things work best. The camera loves the golden San Diego sun, shining down on Cruise, as he watches his crew playing touch football on the beach. It’s in the moments such as this, where Cruise throws on a white tee, while cranking a ratchet to repair his plane, when one can’t help but be in awe of the never-ending movie star. He’s not aging at all and continues to defy what the movie industry is doing, where he flashes that glowing smile, and rides a motorcycle with his love interest- played by the lovely Jennifer Connelly. It’s also well documented how Cruise helped train the actors getting into the airplanes, teaching them how to fly, and showing it by placing the camera inside the cockpit with them. This technique allows for an immersive experience, complete with thunderous sound design, and Kosinski ramping up the danger with every flight.

Above all the themes, Top Gun: Maverick feels like Cruise’s first movie where he’s dissecting his age, looking at his mortality, and realizing that everyone around him has died young. His realization that the lives of others in his command are as fragile as what Goose had in the first Top Gun. The rag tag crew is a bright eyed bunch of the best- ‘Phoenix’ (Monica Barbaro), the cocky ‘Hangman’ (Glen Powell), ‘Fanboy’ (Danny Ramirez), and ‘Bob’ Floyd (Lewis Pullman). They follow Maverick into the breach, with various sequences of training, dogfights, comradery, heated competition, and it’s a thrilling build-up to the film’s climactic ending. It all soars high into the sky propelled by the sheer star power of Tom Cruise, who bonds this team together, while also delivering a near perfect landing for the Maverick character.

Top Gun: Maverick has the upgraded look of a next generation F-18 jet, while paying the perfect homage to the look and feel of what director Tony Scott had made 36-years ago. The flying choreography is magnificent, putting together a production that would make John Ford jealous, or Howard Hughes blush. It was an easy task for Cruise to get up in the air and do what he does best, but his ability to make Top Gun: Maverick a rousing success, is just what the movies need. Tom Cruise continues to defy the odds, soaring above the laws of age and gravity. He feels the need for speed and delivers something to cheer about. 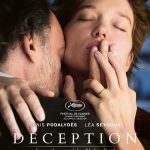