Right off the bat, I have to say I’m a sucker for talky films – at least those with some technical and visual flair. French director Arnaud Desplechin’s Deception combines all of this and more. It’s the kind of film that fans of serious Woody Allen or Ingmar Bergman films would love. I’d even throw Richard Linklater’s Before trilogy into the mix. It’s a film primarily about a couple, with LOTS of discussion about their relationships, philosophies, and pasts. Like most adults, Deception is complex, digging into the way the heart can bend, flex, and break.

Deception is based on a novel by Philip Roth in which the main character is, well, essentially Philip Roth. His name is not disguised as one might find in a Woody Allen film as he has clearly and unapologetically written about himself. We find Philip (played by Denis Podalydes) having not one but multiple affairs with younger women while his middle-aged wife sits idly by, afraid of admitting to what she knows is true about her husband. The primary and most intense woman Philip currently is involved with is played by Lea Seydoux (Blue is the Warmest Color, Allen’s Midnight in Paris) who is also unhappily married. When the film begins, she is 33 and he is 59, yet she seems to have lived longer with a past that is filled with depression and over-drinking. Yet, nothing seems to seduce her emotionally more than the conversations she has with Philip. During many of their scenes Seydoux offers effervescent and glowing smiles as her character listens intently to Philip. Like the other women in Philip’s life though, her emotional life turns on a dime. The way Desplechin captures this is partially through elliptical editing as a discussion in one room might quickly jump ahead in time to another room and yet still feel like a continual conversation (much like Jean-Luc Godard did in Breathless.)

Some of these leaps might seem jarring but they emphasize the fractured personality of Seydoux’s character- as well as the other women in Philip’s life. Each of these women is fraught with sadness. One is dealing with a possible cancer diagnosis while another recounts the shock therapy and antipsychotic meds she’s received which are currently keeping her, at least on the surface, stable.
Yes, Philip is portrayed as an almost warm and tender older man who takes care of the women who seemingly and easily fall for him. If this is further sounding like a Woody Allen film then you’re probably reading this right. There are echoes here of the older man/younger women scenarios found in his films Hannah & Her Sisters and Husbands & Wives. There are even accusations that Philip is writing about actual women (not characters) in his life which he denies (as in Allen’s Deconstructing Harry) to perhaps the most important person in his life: his wife. To keep Philip from being portrayed as too much of a saint, Desplechin also gives us a scene, where Philip is accused in a courtroom setting of being a misogynist and the women are deemed “perverts,” that might feel right at home in Federico Fellini’s 8 ½.

Given all of these allusions and influences, whether intentional or not, does the film offer anything original in this story of a writer, late in middle age, attempting to dissect and deconstruct the women and characters in his life? My thought is yes. There is real artistry here as Desplechin weaves together the various narratives and chapters in Philip’s life. Like Linklater, Desplechin is able to make these conversations visually interesting by the use of fluid camera movements, slow unobtrusive push-ins to actors’ faces, and the aforementioned use of jump cuts and flashbacks. The film is also very frank in its discussions of death and mental illness. It also doesn’t shy away from commenting on the balance of power issues associated with Philip and his younger women. Desplechin also knows when and how to effectively light a scene, particularly those with Seydoux, to depict the sense of warmth and openness that Philip seems to provide.

Interestingly, for a film featuring so much adultery, there is very little sex shown in Deception. Rather the focus is on the philosophical perspectives of Philip and the women in his life. They each express themselves in a manner that is not disguised or romanticized. This is, remember, the story of a writer, his personal life, characters, and the deeper layers found and suggested by each.

DECEPTION IS CURRENTLY STREAMING ON MUBI 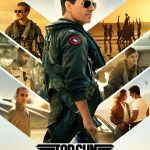 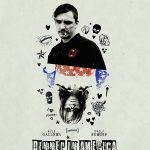