MOVIE: NO TIME TO DIE

When we look back at the block of the last five James Bond films, it will be impossible to not look fondly, and have our appreciation grow with each viewing. This is the end of an era with Daniel Craig playing 007, not just because his films have been the most successful, and took a more serious tone than past films, but because the quality of drama was at its highest. From his start with Casino Royale and now culminating with his send off in No Time To Die, Daniel Craig has changed James Bond forever. And in his final run, Craig delivers his best performance, fully playing the emotional cards on the table, tying all the loose threads together, fighting megalomaniacs, and trying to get the girl in the end. It’s not a “classic” Bond film, in fact Cary Joji Fukunaga’s film is often unconventional, but it’s exactly how Daniel Craig should be making his exit.

Things pick up where Spectre left off- a movie I grow more fond of with each watch- with James retiring from MI6 and getting away to Italy with Madeleine Swann (Lea Seydoux). The goal is for romance, relaxation, and clearing up any old secrets the two might hold from one another, but as James Bond is concerned, no matter what, his secrets have a way of haunting him forever. The two are attacked by more Spectre agents, which leaves James suspicious of Swann, sending her away and going into deep hiding, never to be seen for 5-years. As I said though, those secrets won’t stay hidden forever. It’s after he’s comfy in Cuba when old CIA friend Felix (Jeffrey Wright) attempts to pull him back into the action to save a Russian scientist named Obruchev (David Dencik), taken hostage by a villain named Safin (Rami Malek being quite creepy), all with the hope to steal his creation of a toxic weapon. When new 007 agent Nomi (Lashana Lynch) and MI6 become involved as well, James is caught in the middle, and it’s all leading to a point where Bond and Swann’s dark past will be what tears them apart.

What fascinated me and satisfied me the most about this James Bond film is how smooth it goes down. It’s not forgetting the gadgets, the beautiful women, the swagger, the cool intro sequence, or a lounge tune to set the mood (Billie Eilish’s title track is dreamy). It finds a unique balance of the hard nosed approach that Craig’s films have- he cracks necks, he is shot, blown back, and bloodied- along with a screenplay by Fukunaga, Neal Purvis, Robert Wade, and Phoebe Waller-Bridge that isn’t afraid to tell a joke. No Time to Die is arguably the funniest Craig-Bond film yet, but it still begins incredibly dark, and has a climactic ending that hits emotional beats that no Bond film has done before. In that regard, No Time To Die is the most unconventionally conventional Bond film yet, featuring all the signs that represent the spy adventures, but focusing on the deeper matters at hand.

The second and third act of No Time To Die is where the long runtime settles in, this is the longest of the Bond movies- 2 hours and 43-minutes, but Fukunaga marinates in every minute, which I loved. The cinematography by Linus Sandgren is visually stunning, not as flashy as Roger Deakins was in Skyfall or Spectre, but capturing shadows and set designs not this good since the Sean Connery days. The score by Hans Zimmer is bellowing and the sound design is top notch, where car tires screech, bullets ricochet, and explosions reverberate. When Ana de Armas makes her second act entrance as a spy named Paloma- yes, she’s not in it enough- but her performance is all parts kicking ass, funny, sexy, and self-aware. With de Armas, alongside Seydoux, and Lynch, reveals an entirely new kind of “Bond Girl”, something that Craig’s films can hang their hats on. From Judi Dench as M, Eva Green’s Vesper Lynd- a character that has loomed over all five films- and Naomie Harris as an excellent Moneypenny, the ladies of Bond went from characters with comical sexual innuendo names or Bond’s various sexual encounters, and now have become the driving purpose, a reason for James Bond to care if he lives or dies.

It’s not that I’m saying No Time To Die is the best of the Daniel Craig films, it’s obviously his third best, but it is an excellent conclusion to his work. Rami Malek’s Safin may not carry the gravity of who Javier Bardem’s Silva was, but in all the James Bond characteristics, the style changes but the mold is the same. Safin is scary when needed, a man with a major plan, hellbent on getting revenge, fitting nicely between the Goldfingers and Blofeld’s. It all comes down to the man with the gun, the spy that has often had a license to kill, and has made enemies to save the world. Daniel Craig has done more with the James Bond character than any of his predecessors and No Time To Die goes to emotional corners that Fukunaga and company have the courage to go. I have greatly appreciated that. I have greatly appreciated the run with Daniel Craig ordering a martini shaken, not stirred. He’s set the bar high and there is no going back. Start the clock, the next James Bond has No Time to wait if they want to catch up to what Craig has done. He’s my Bond. James Bond.

NO TIME TO DIE ARRIVES IN THEATERS ONLY FRIDAY OCTOBER 8TH, 2021 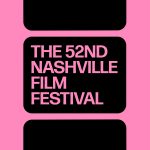 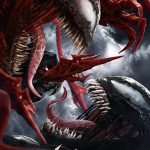 Venom: Let There Be CarnageReviews