MOVIE: VENOM: LET THERE BE CARNAGE

I was one of the few film critics that was not on board with the, “It’s so wild that it’s fun” outlook on Ruben Fleischer’s 2018’s villain turned hero with a dual personality in Venom. It was an approach that I wasn’t expecting from Spider-Man’s greatest villain, and it was an even stranger approach for Tom Hardy, who plays Eddie Brock as an inspired journalist, and then let’s the Venomous character steal the show. I’ll give director Andy Serkis credit, where instead of turning away from that formula, he instead doubles down, turning the weirdness up in Venom: Let There Be Carnage. Hindered by the pandemic, re-shoots, and a lean script, which barely registers as a fully realized feature, it’s all a mixed bag, which I guess I should have expected when the promise is for Carnage.

Eddie Brock (Tom Hardy) is still a down on his luck journalist and trying to manage his connection with the black gooey symbiote that lives inside of him. Having his own struggle in a prison cell is Cletus Kasady (Woody Harrelson soaking up every scene), an orange haired serial killer that wants Brock to tell the world his “true story”. Cletus’ past involves time in a boarding school where he bonded with the super siren Shriek (Naomie Harris) and since their separation the goal is to get back together. Their dark pasts have put them in locked cells, but planning for their reconnection begins once Cletus takes a bite out of Brock’s finger, concocting a new infection to make the mad prisoner become a new monster known as Carnage. It turns into a dual conflict, where Eddie needs to put aside his issues with Venom, letting the symbiote latch on so he can fight the new monster before he wreaks havoc on everyone, including his friendly ex-girlfriend Anne (Michelle Williams). The result is a monster mashing of black and red Venom-style teeth, claws, and tendrils.

By the end of Let There Be Carnage’s lightning fast 90-minutes I felt a mixture of mild excitement and underwhelmed returns. The majority of the problems exist in a plot that’s incredibly bare bones. Written by Kelly Marcel, with the story touched up by Hardy, there are two plots at hand, which involve Venom and Eddie’s conflicted cohabitation and Venom needing to stop the menace of Carnage. Mix in set pieces of Carnage unleashing on poor unsuspecting security guards, cool reveals of character transformation, and the film’s climactic battle and this is what you get. Were it not for the bold decision of director Andy Serkis to make the first half involve the bickering relationship of Venom tormenting Eddie in his head with his snarling voice. A running gag of Venom being hungry for humans and Eddie trying to subdue him with live chickens and chocolate makes for good laughs. It is also Hardy doing his Venom voice that continues to be a big highlight, a clear example that Tom Hardy stays committed to his craft, and no character can limit the artistry of an actor.

It is, however, a collection of issues with Let There Be Carnage that drag it down from being more than 2 ½ stars from me. The narrative ultimately lacks stakes and deeper context to make us feel anything for these characters. The other major issue is what often look like post-pandemic re-shoots, set designs that look like back lots, and CGI that continues to hinder comic book movies of all kinds. It’s the distracting CGI and lazy set pieces that made me wish that Let There Be Carnage had the conviction to make the entire movie about Eddie and Venom working out their relationship. If that’s the third installment then I’m all for it.

Venom: Let There Be Carnage is ultimately more of the same from the first, but only this time, I was prepared for the tones of this character. I had fun in spurts as the interpretations of this character continue to grow on me. I’m completely sold with Tom Hardy as Venom and Woody Harrelson relishes in being the maniacal mad man laughing at the rain- I hope this leads to him doing it more. There’s enough of it all to keep fans satisfied, Andy Serkis obviously had fun making it, and there’s a lot of Carnage caused along the way. I just want to love the next one, just like how Eddie loves his monstrous pal Venom, is that too much to ask?

VENOM: LET THERE BE CARNAGE ARRIVES IN THEATERS THIS FRIDAY OCTOBER 1ST 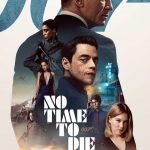 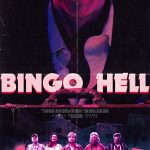