MOVIE: WHEN THE SCREAMING STARTS

The mockumentary has always been a great filter for comedy and it has even become an extension in the found-footage scope for horror. Conor Boru’s When the Screaming Starts finds a way to be a combo of both comedy and horror, capitalizing on the obsession that comes from true-crime and serial killer fans, making us scream laughs in the process. At first it involves a journalist hoping to follow a guy who wants to be a famous serial killer, which then morphs into starting his own cult in the angle of Charles Manson, and soon becomes something far wilder than where it began. When the Screaming Starts is filled with laughs, some genuine scares, and deserves a cult following.

We first meet documentary filmmaker Norman Greysmith (Jared Rogers) who is interested in doing a report on recent fascinations with true crime and that puts him in contact with Aidan (Ed Hartland) and his girlfriend Claire (Kaitlin Reynell). They’re goal is to just be famous at any cost and their hope is to be the next killer that ends up with their own celebrity following. This is obviously a bit of a demented way of finding fame, but what follows for them is the way they move the goalposts on actually achieving their success. First it’s an argument with Claire on who will be the actual killer. Then it’s maybe they should lead a murderous cult. But with each new proposal and deeper dive into actually doing it, Aidan realizes it’s not exactly what he wants.

It may not seem to match but the one comparison to make with When the Screaming Starts is Christopher Guest’s Best in Show. There are hilarious moments of interviews and even better an audition for those that could be potential followers. It’s in the audition where the cast expands, including a set of twins (Var and Ronja Haugholt) that want to be sex-slaves, a yoga instructor (Kave Niku), and a red-head named Amy (Octavia Gilmore) who is the one person that just might be too committed to the group. It’s when the switch turns from the comedic to the genuinely scary stuff kicks in that makes When the Screaming Starts work.

From the technical side there is a strong attention to detail from director Conor Boru, where the concept of a found footage style is properly done, and the minor elements hit. The interview segments are reminiscent of The Office or what is done on Documentary Now and to pull that off without being redundant is impressive. It helps when the writing is sharp with lead actor Ed Hartland co-writing, making sure that everyone has the tone of their characters just right. It’s also perfectly balanced between the funny and the dark side of people. If audiences walk away taking one thing- it’s that Conor Boru understands how to make a movie work.

The slow development of the story in When the Screaming Starts is a flaw but the answer to that is cramming in details for various characters and still keeping a three-act structure. It’s the relationship between journalist and subject that becomes fun to watch as Hartland and Rogers become intertwined as two guys who want to be liked. It has a similar sense of humor to films of Steve Coogan or Sam Rockwell and leaves us wondering what Boru could be doing next. When the Screaming Starts is a perfect blend of horror and comedy. It has me convinced to be a follower.

WHEN THE SCREAMING STARTS IS NOW AVAILABLE TO RENT ON ALL AVAILABLE PLATFORMS AND STREAMING ON SCREAMBOX.

Glass Onion: A Knives Out MysteryReviews 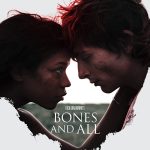