MOVIE: BONES AND ALL

The subject matter of Bones and All is not about cannibals. Yes, the two lead characters are dealing with the issue that they have an insatiable appetite to eat human flesh, but you could equate their affliction to just about anything. The actual subject matter is about survival. Surviving in a world that would never accept them for who they are and something that seems a part of who they are. What is certain is that director Luca Guadagnino understands the themes of romance and repulsion and in the middle are his movies. Bones and All is a ball of emotions and shocking revelations, a lovers tale out on the run, and undoubtedly one of the most unique movies of 2022.

Based on the YA novel by Camille DeAngelis, the screenplay is written by David Kajganich, and the final product is a perfect combination of Guadagnino’s recent works. Building from A Bigger Splash, Call Me by Your Name, and Suspiria, this is a culmination of all those things. It begins with Maren (Taylor Russell), a high school girl living in Minnesota with her father (Andre Holland), and someone he likes to keep an eye on. One night she sneaks out to a friend for a party and to everyone’s surprise, she violently bites the finger off of a friend painting her nails, sending her running home. It’s the next morning where she discovers her father has left her, unable to stop her urges to eat people, telling her to go find her mother. This sends her on her own adventure of self discovery, looking for a way to survive on her own, or with others just like her.

After the initial shock, we settle into Maren’s journey, where she meets a creepy man named Sully (Mark Rylance in one of his most terrifying roles). He shows Maren the ropes of her ability, teaching her to smell dead bodies, and showing her his off-kilter habits. It’s not long before his unsettling mannerisms send Maren back out. It does lead her to meet Lee (Timothee Chalamet) and the two, similar in age, begin to bond, forming a romance in the Badlands, a pair of young lovers looking for a place to settle, while Maren hopes to meet her actual mother. What is discovered is both disturbing and compassionate, where it becomes a story of two people surviving together, in a world that is ready to devour them.

From an acting standpoint, Bones and All has some of the best work of 2022, specifically because Russell and Chalamet have a palpable chemistry with one another. Sexual intimacy is not the only focus, in fact it takes a back seat to their emotional connections, learning about one another’s family that they love. Maren and Lee are good people with bad habits. Both of them are trying to better themselves but unwilling to put others in harm’s way. Rylance makes his presence known immediately and plays the role in a similar style to the devil. Whenever he is on screen our nerves are unsettled. The happiness that the two loves hope to achieve seems just out of reach until he arrives.

The direction as well from Guadagnino is top of the line, undoubtedly some of the best of 2022, as he paces the story with title cards letting us know what state the two are in. He uses sharp editing cuts to keep the audience unsure and a superb score from Trent Reznor and Atticus Ross that can bring tears to your eyes. It’s an elegant balance between the violence and the romance, set against the lush backgrounds of skies in the midwest, with gorgeous cinematography from Arseni Khachaturan. And yes, it is a unique merging of his love story style in Call Me by Your Name and the haunting horrors of Suspiria. If Guadagnino wanted to prove to us that he could make a romantic horror film then he has achieved just that.

You could say that the violence in Bones and All is shocking but that wouldn’t land without the setup of care we have for these characters. We can relate the actions of Bones and All to anything today, from minority groups ostracized, homeless people looking for a place to land, drug addicts strung out under bridges, or a person demonized by their community. Guadagnino has achieved a remarkable moment: Making a movie about cannibals that I have fallen in love with. Bones and All is so good you’ll eat it all up.

BONES AND ALL IS CURRENTLY PLAYING IN SELECT THEATERS. 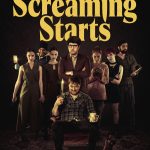 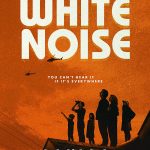