MOVIE: THE BANSHEES OF INISHERIN

The question that The Banshees of Inisherin proposes is “what do you value in your life.” Or maybe it is a question of what we do with the time we have. Martin McDonagh’s newest film is a quarrel between two friends. Not because one person has done anything wrong but because one friend has just become tired of wasting his time away. The quarrel that McDonagh has presented in front of us may be frivolous on the surface but it’s much deeper than just two people ending their friendship. There is a way to interpret what takes place, a question of how we live, what we do with our potential, and if that passion is so strong that one would give their right arm for it. The Banshees of Inisherin is a great big Irish onion, with layers upon layers about what it means to be alive, and how our friendships in life can change no matter how old we are.

The setting is the west coast of Ireland on the island of Inisherin, where we are introduced to Padraic (Colin Farrell), walking over to his best friend Colm’s home. He peeks in to see his friend sitting alone in the center of his home, listening to music, having a smoke, and contemplating something. Something is off, as Padraic asks if he wants to go have a pint, with no response, and a cold reaction that makes us think something is up. “Are you having a row?” asks the bartender. “I don’t think so…” says Padraic. Soon after Colm is sitting alone at the pub, having a drink to himself, and explains to Padraic that he just doesn’t want to be friends anymore. No reason given other than his need for peace, a hope that he might write some new songs to play on his violin, and find a sense of self. For Padraic that just doesn’t compute. He’s a nice guy. He didn’t do anything wrong. Why should he be punished? Maybe it’s just a phase? Or maybe he should take it seriously.

Things escalate a bit later in The Banshees of Inisherin but the first half becomes Padraic adjusting to this loss of friendship. He lives with his sister Siobhan (Kerry Condon) who has been a constant for her brother, cooking him meals, and undoubtedly an extension of what his parents might have done before. He also passes the time by talking with local simpleton Dominic (Barry Keoghan stealing every scene) or chatting with his donkey- but that can only go so far- and he eventually starts bugging Colm again. He just isn’t taking the hint and that’s where the story turns to drastic measures with Colm showing he means business in a severe manner. It’s a matter of how far someone will go to find peace.

From the first word spoken it’s the screenplay by Martin McDonagh that elevates to being more than just a play or a dark comedy. The writing is a mix of brilliant wit and introspective thought. The tone has a sense of many great Irish authors that have come before, from James Joyce, W.B. Yeats, or Oscar Wilde, which becomes evident as the material forces the audience to do the work. If you don’t leave from The Banshees of Inisherin looking inward you have watched it incorrectly. There’s a reason for minimal characters and it begs you to ask which character represents you. There is the fool, the dreamer, the person fine in their place, and someone bold enough to get out of it. The difficult part is the answer, as we can see parts of ourselves in just about all of them, which may not be what we want to believe.

The performances are all excellent- Keoghan is in a unique element, while Gleeson carries himself with such bravado it seems plucked out of a John Ford film- all while the major praise belongs to Colin Farrell. The Batman actor has had quite a 2022 and it culminates with his role as Padraic. He may be simple minded, but a kind person, set in his ways, but that’s not necessarily a mistake. The performance is about mannerisms, from the shift of his eyebrows, the jitters of his shoulders, and the internal struggle of his new situation. If Oscar is in his future it would be greatly worthy for this role alone.

For many, The Banshees of Inisherin will leave them with much to contemplate. There is sadness, much laughter, disgust, a dark depression about what life has to offer, and an ending that will be loved or hated. That’s all the work of McDonagh, whose unique voice continues to swim against the waves of art, making movies that challenge audiences. He captures the character of The Quiet Man with a tone like O Brother, Where Art Thou? Compared to his other works this is much less In Bruge and more like Three Billboards Outside Ebbing, Missouri. He’s wrestling with his own duality. He wants to spend time with his friends in the pub forever but he knows that won’t help his creative side. The artist inside him is too powerful. He would rather give up the friendships he has to perfect his craft. That’s a harsh reality but it’s a true representation of an artist’s struggle. The Banshees of Inisherin is one of the best movies of 2022. It’s complex and it will sit with me forever. One of these days I will be able to put my finger on it. For now I’ll just say that I loved it.

THE BANSHEES OF INISHERIN IS NOW PLAYING IN SELECT THEATERS 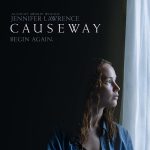 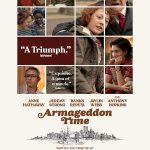