If you were to use one word to describe writer/director Martin McDonagh’s Three Billboards Outside Ebbing, Missouri, it would be: nihilistic. It may be lame for me to define what Nihilism is to you, but Webster’s dictionary describes it as “a viewpoint that traditional values and beliefs are unfounded and that existence is senseless and useless.” The pitch-black dark comedy from the director of hidden classics In Bruge and Seven Psychopaths, returns to cinema with a vengeance, in a film that highlights the lack of fairness, morality, or consciousness that we live in these days. Three Billboards may seem bleak to some, but it’s viewpoint of the world is so spot-on, it’s close to being a damn beautiful masterpiece.

The focus of the film and the showstopper is Frances McDormand in another role, much like Fargo, where she was born to play. Mildred Hayes is a person at the end of her rope, giving zero care for anything because she has been literally and figuratively beaten by the universe. In the small town of Ebbing, she was expecting the local police to do their jobs and find the person who raped and murdered her daughter Angela. It’s been seven months since and the case has gone cold, with zero leads to an arrest. When Mildred spots a trio of old empty billboards on a lonely stretch of road she puts down $5,000 to rent them with bold lettering stating: 1) “Raped While Dying,”, 2) “And Still No Arrests?”, and finally, “How Come, Chief Willoughby?” This more than catches the attention of the town and puts Mildred at the center of a war with everyone else.

If you’re familiar with McDonagh’s films, he tends to deal with unique, lively characters that have an edge to them. In Seven Psychopaths, it was a cornucopia of killers and thugs. With In Bruge, it was a pair of hit-men waxing philosophical about life in the small European town. In Three Billboards, the energetic characters are of the midwest, who have become worn down by their very existence, ignorant about racial differences, and miserable on the path they walk. Woody Harrelson’s Chief Willoughby, who loves his family hard and deals with the small town crimes like a constant pain in his behind. His other fellow officer Dixon (Sam Rockwell) is someone who has failed to realize any potential. He likes playing the cop more than doing the actual police work. And boy does someone like Mildred Hayes mess up their comfy lives.

Later, the animosity from the town begins to weigh on Mildred. She only wants to find a sense of peace for herself and her son Robbie (Lucas Hedges), who becomes the bystander to an abusive father (John Hawkes) and a mother broken from his sister’s death. McDormand’s performance is beautifully foul mouthed, especially in what is the greatest monologue of the year, when Mildred sticks it to a priest begging her to take the billboards down. How else should she seek answers? How does one get justice when the system fails us? The billboards become her purpose and light the fire underneath a community that has buried loads of pain under the rug.

Three Billboards Outside Ebbing, Missouri may be a mouthful to say, but it is one of the most cathartic films of the year. It reminded me of other fantastic works such as Alexander Payne’s Election and every Cohen Brothers comedy in their repertoire. Martin McDonough has successfully made another original and hilarious film, perfect for the environment we are politically living in today. The performance from McDormand is a reminder of her elite status as one of the best around. And for anyone who is mad as hell and wants this brutal world to get its comeuppance? Three Billboards Outside Ebbing, Missouri is beautifully nihilistic. The perfect antidote to ease your pain. 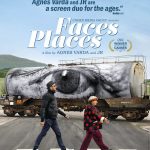 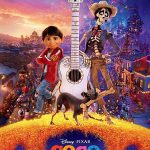