The signal goes up in the sky and the bat is calling you back. From the days of Adam West, to Michael Keaton uttering the words, “I’m Batman”, to Christopher Nolan revolutionizing the serious tone that exists in a Batman movie; Each installment makes it hard to not fall in love with the caped crusader. He’s the hero hiding in the shadows, fighting for justice with his will and his way. Now it’s Robert Pattinson wearing the cape and cowl, taking on the role of Bruce Wayne in Matt Reeves’ sprawling, dark, and daring new iteration of The Batman. The success of this installation might not be a surprise to some- it’s going to make a whole lot of money- but it’s the first Batman movie that feels like perfection. It’s perfectly cast, with every actor stepping into their roles flawlessly, the creation of Gotham city is entirely lived in, the mood of the film is set from frame A to frame Z, and even if one might feel the stories length, it’s because The Batman is an in-depth detective investigation, where our hero is in for one of the darkest battles of his heroic career. The Batman ushers the Gotham crime fighter out of the shadows, to bring justice into a broken world, in this epic new installment. This is undoubtedly the best Batman yet.

The story picks up in a time where Batman is established as a vigilante fighting crime on his own terms. No scenes of Martha and Thomas Wayne being killed in an alley, no scattered pearls, or moments of inspiration to young Bruce. Even without those beats, the lives of the Wayne parents loom large, but this is Batman in year two or three, with Gotham overrun by drug addicts known as “dropheads” and where mob crime rules. The race for mayor is heated, with change wanted, but on the night of a first debate, incumbent Mayor Mitchell is murdered, duct tape wrapped around his head, and the mysterious clues of The Riddler (Paul Dano) sprawled out on the floor. Detective James Gordon (Jeffrey Wright) arrives on the case and much to the disdain of his fellow police officers, brings Batman (Pattinson) in to help. What follows is a string of murders planned by Riddler, taking out the highest names of politics in Gotham, each one pulling Bruce Wayne closer to his hidden past.

It’s hard to pinpoint one person or thing that makes this Batman the best, but it starts with the screenplay by Reeves and Peter Craig. The tone and color palette of it all is beautifully depressing, leaning into the dark noir style of Batman comics, using voiceover, midnight tones, and never skimping on the rain. The story itself and the relationships between each character has an added heft of fractured humanity, a past that has been destroyed by those around them, and removing any sense that Batman is the same as someone like Superman. The relationship between Alfred (Andy Serkis) and Bruce is not easy, an orphaned boy, raised by someone who was of service to him, while trying to reject his privilege. Bruce realizes he cannot stand on the sidelines after he meets Selina Kyle (Zoe Kravitz), the mysterious equal to Batman, both in her ability to move in shadows, and subject herself to the dangerous people in Gotham’s underworld. The more people become involved in the string of The Riddler’s murders- The Penguin (played by an unrecognizable and spectacular Colin Farrell) or head mobster Carmine Falcone (John Turturro)- the bigger mess for everyone the case becomes. At a run-time of nearly three-hours, Reeves has cast a wide net on this story, and because of that it works. The director never changes the tone, doesn’t miss a single detail in what makes a Batman movie great, and has brought together many facets- such as acting, set-design, score, and cinematography- that raises The Batman above any comic book movie we’ve seen before.

For some audience members, the darkness, and dour mood of The Batman will not be what they want. That’s possibly a legitimate complaint, but there’s never a shift away from that disposition, which in turn glues The Batman together. An easy comparison is David Fincher’s Seven, where this story becomes about a detective investigation, and specifically about the rise of Commissioner Gordon and Batman working together. And all of that works to perfection because this is the first Batman movie where the best performance is from Bruce Wayne. Reeves has great confidence in Pattinson, and it shows, where the Good Time actor commands every frame. He’s not a suave, muscular hero like Christian Bale, a veteran recruiter as Ben Affleck was, or a gentle philanthropist as Michael Keaton could portray. Much like the general tone of the world, Pattinson’s Batman is depressed, dealing with the weight of society, and the never ending misery that citizens see on the news. In a post-Covid world, The Batman has a complete grasp of just how broken the systems have become.

No matter how much I write about The Batman, it will never feel like enough, because this is the first Batman movie that feels closest to perfection. The cinematography by Greig Fraser captures a unique and original looking Batman, using the settings of Chicago and New York as Gotham, catching sunsets, and fight sequences choreographed with a visual purpose. You add Michael Giacchino’s pristine score which combines the best of both what Danny Elfman and Hans Zimmer made in previous bat-tunes. It ultimately becomes that The Batman is Matt Reeves displaying a complete understanding of Bruce Wayne and all of these characters. Like he did with Planet of the Apes, he’s engraving his name into revitalizing a series, giving audiences not just a great version of Batman, but a movie that will withstand the test of time. He samples a little bit of the heft in Nolan’s Batman, Burton’s gothic style, the detective work in the animated series, and the violent fighting we saw in Batman v. Superman. By doing all of that, there’s still a unique blend, an original, and fresh energy that I desperately wanted. The Batman has arrived out of the shadows, into a world that needs him more than ever, only this is one of the greatest battles you will see him in yet. The Batman is back, in these dark times, and he’s sending a bright signal into the sky.

THE BATMAN IS PLAYING IN THEATERS THIS FRIDAY MARCH 4TH, 2022 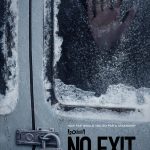 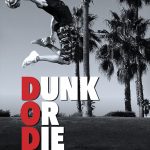