It feels incredibly tiring to state the phrase: they don’t make them like this anymore- but those words fit for No Exit. This is a movie I didn’t have on my radar at all. I was surprised to see trailers on TV, but billed as a direct-to-Hulu movie, I wasn’t expecting much. To my surprise, No Exit is an unrelenting thriller, a dangerous snowstorm swirling outside, trapping us with a small group of people at a visitor’s center. Once the stage is set, we soon find out that one of the guests has a child trapped in their car, and it becomes a mystery to find out who it could be. The director of this tightly wound thriller is Damien Power, delivering an old school kind of tension, backing the audience into a corner, where survival becomes the goal, as the horrors exist all around us in No Exit.

It’s the screenplay that instantly lures in the audience, written by Gabriel Ferrari and Andrew Barrer, working off the novel by Taylor Adams, because it has great respect for the character setup, no matter how brief. It’s that minimal intro that adds depth and details that have an impact later on. The lead character is Darby (played spectacularly by Havana Rose Liu), a woman in a battle with sobriety, living in a rehab facility. In the middle of a sharing session she receives a phone call from an old friend, revealing that her mother is in the hospital after a stroke. Darby wants to go, even with her sister telling her to not bother, and the other problem being that it needs to be cleared by doctors. She’s used a lie like this before and sadly, Darby has used up all her trust. This leads to her escaping in the middle of the night, stealing a phone, hijacking a car, and heading into a blizzard to get to Salt Lake City. She doesn’t get very far, pulling her car to the side of the road, and then must stop at the visitor’s center for shelter. Only now she’s not much safer, in fact, things are about to get much worse.

Like any whodunnit kind of narrative, the impressive part of No Exit is how simple it is, and still how thrilling it becomes. Once Darby discovers the child screaming in the back of a van, the clock starts ticking and we wonder who could be the kidnapper? The cast of characters include- Dennis Haysbert and Dale Dickey as a retired couple, Danny Ramirez as an innocent looking gentlemen that gravitates to Darby, and David Rysdahl as a reclusive and scatterbrained looking man that sits in the corner by himself. At first glance, Rysdahl’s character is the obvious choice, but were it that easy then Power wouldn’t be doing his job right. His direction is a perfect example of tension creation and building an atmosphere. The blizzard outside is restricting phone access or the prospect of help from law enforcement. The center itself is small but the moment and movement of the action is tense. Things become ratcheted up when the kidnapper is discovered and Power never pulls a single punch in showing how brutal and destructive a human can be when life or death is on the line.

No Exit is reminiscent of past 90’s movies like U Turn, Breakdown, or Joy Ride, where characters are trapped in situations that scare us senseless. A setting of fear created by the unpredictability of others around us and a scenario that dares us all to ask ourselves how one should respond. It’s a boiling pot with a lid on top and when it rises to the hottest temp, the results are wild and catastrophic. No Exit is the kind of movie that you appreciate for every choice made and realize that had it ziggerd instead of zagged that it would have been lesser for it. Damien Power and his team have made all the right choices.

At the most, the hope is that more movies like No Exit will follow. If that doesn’t set a trend, the hope can be for more work from both Havana Rose Liu and Damien Power. There needs to be a revival of this kind of horror and this kind of tightly wound thrills. We’re stuck inside, during a blizzard, with a person that has been kidnapped, the clock is ticking, and the viewer has to strap in before they can to see their way out. You will want to stay inside with No Exit.

NO EXIT IS AVAILABLE FRIDAY FEBRUARY 25TH, 2020 ON HULU 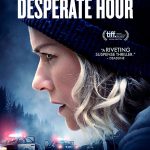 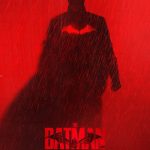