There is an intentional coldness to James Gray’s Armageddon Time. It’s a personal, nearly autobiographical film for the director, which never allows the manipulative trappings of an emotional story to take hold. For that I give it credit, as the Ad Astra director is trying to tell a story that feels authentic about what it was like growing up in the 1980’s, but it is without that emotional lift that causes Armageddon Time to suffer. With a strong cast of actors, an honest lead performance from young Banks Repeta, Armageddon Time is a conflicting piece, about the difficult realities of privilege, growing up pushed by your parents, and the harsh truth of racism. How it is laid out by James Gray is an uneven but well intentioned drama.

Paul Graff (Banks Repeta) is an 11-year old boy, living in Queens, New York in the 1980’s and like any pre-teen, his world is only going to get bigger. He goes to the public school in the neighborhood, his brother attends the more privileged private school, while his mother Esther (Anne Hathaway) is the president of the PTA, and father Irving (Jeremy Strong) is a grinding water-heater repairman. They are a big American family, where Paul gravitates more to his wise grandpa Aaron (Anthony Hopkins carrying his graceful self), but they never forget their family roots as Jewish-Ukrainian immigrants that escaped persecution from the Nazi’s and always worked hard to have a better future.

That homelife is much different from Paul’s friend and classmate Johnny (Jaylin Webb), who is often getting the brunt of punishments from teachers, even when Paul is participating, and in every nuance we see there are two different realities in this America. In Gray’s defense, his script is geared to be through the eyes of Paul, but what we are seeing is a slow realization of the complex world, and because of that the narrative suffers. It’s not spoon fed to us, which is appreciated, but it also feels like a conflicting structure, where the lone Black character is given less of a voice. This is the very point Gray is trying to go against, hoping to open us up to the reality that mistreatment has been constant, and yet other families are looking out for their own well being. It’s in that storytelling that feels void of a deeper connection, both with the characters, and within the moment we are submerged in.

From the performance aspect, Armageddon Time is good all around, which will undoubtedly win over more viewers. The brightest spot is Hathaway, who has scenes of vulnerability, a genuine fear for her children growing up in this time, and the gentle approach to her character’s complexities. Other performances from Strong and Hopkins are solid, only seldom are they allowed to give more back story into who they are, and the life they had led up to that point. Gray seems to be mistaking depth with the harsh nature of humans- which is evident in every one of us- but because of that roughness we are always kept at a distance.

All of those problems are ultimately the point that Gray is trying to make- once again an aspect that raises Armageddon Time to a better height- and in this autobiographical approach he is not kind to himself or his parents’ way of raising him. Young Paul Graff is difficult in his adolescent age. His father is distant and expects too much. His mother is passive and she abuses the privileges offered to help her family. It’s all through Paul’s gentle eyes and Gray makes a point to say that this is not something new, but a genuine factor rooted into the soil, and those flashes of privilege need to be reckoned with. This is good use of introspective creativity. We go back to a time in childhood that leaves a mark on all of us and that can leave a blemish we wish had handled differently. The final point may be that we just need to value our time. There’s never enough of it. 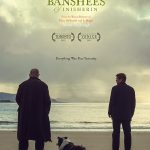 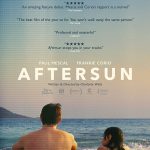