Pilou Asbæk might always be playing the bad guy but that’s not what’s going on behind the scenes. The Danish actor is just a big teddy bear but he also happens to be one hell of an actor. His rise to fame began with his blazing arrival as Euron Greyjoy on Game of Thrones. Since then he’s made his presence felt in various films, the action throwback Samaritan, the zombie war flick Overlord, and the video game adventure Uncharted. But his most recent- Run Sweetheart Run has Pilou showing many layers as a charming bachelor that turns into a sinister man, and that reveals there is much more going on with this fantastic actor. I had a chance to talk with Pilou about his great 2022, being the bad guy, and teaching young men to be different. It’s a great chat! Check it out here: 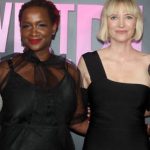 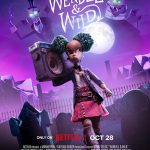