What do you get when you have Tom Holland, one of Hollywood’s more charismatic movie stars working today, and Mark Wahlberg, one of Hollywood’s more redundant movie stars, running around in an adaptation of a big video game? You land in the middle of all that, which is bland entertainment, with a dash of Tom Holland charm. That’s the final result of Uncharted, the new Indiana Jones meets Tomb Raider style adventure, directed by Ruben Fleischer, in this shockingly boring example of what is supposed to be big-action thrills. Uncharted is not bad enough to hate and not entertaining enough to engage with. It’s just another bad video game movie.

Holland stars as Nathan Drake, an orphan, growing up with his brother Sam breaking into places they shouldn’t be, scaling walls, and learning about lost gold. Their mischievous ways forces them to split from one another, with Sam on the run, and Nathan stuck looking out for himself. Fast-forward to present day and now Nathan is a bartender and knows how to grift a few diamond bracelets off a poor sucker. He meets Victor “Sully” Sullivan, who recruits Nate to find the lost gold of Ferdinand Magellan, and team together to out-smart billionaire Santiago Moncada (Antonio Banderas) in a race around the world to find the undiscovered fortune.

Maybe when the action is coursing through your thumbs Uncharted is an entertaining time. In cinematic form it barely resonates. The majority of the problems rest on the screenplay by Rafe Judkins, Art Marcum, and Matt Holloway, which barely gives us a reason to care about these characters. The set ups of who they are takes zero time, with Holland and Wahlberg not acting as their characters, but good buddies hanging out on set together. The narrative introduces Sophia Ali’s character Chloe Frazer to cut the non-existent tension between the boys, but her character is thinly added to be a lone love interest, and a female version of Wahlberg. Collectively the three have zero chemistry together and if this was on Netflix I would have thought this was a remake of Red Notice.

On top of the acting and writing issues, Uncharted features ultrabland direction from Ruben Fleischer. It’s not a surprise to discover that Fleischer was behind the camera because his movies tend to lack any style or signatures that would stand out against another artist’s work. His better work has the right mix of comedy with Venom and the Zombieland movies. In Uncharted there’s only a few witty quips that land. On top of that, the action set pieces attempt to create the Indiana Jones or National Treasure style archeologist tension- which never elevates above boring- and even the thrilling parts fail to look like anything other than faux green screen action. A part of me began to wonder if the action in the video game looked better.

We are once again left with a movie adaptation of a video game that fails at capturing any of the reasons why fans love the source material. I’ve never played the game, but it’s easy to assume that Uncharted is not capturing any of the thrills that the audience were expecting. It may confirm that Tom Holland can be charming in a Spider-Man suit or a smooth archeologist looking for gold, but he can’t find his way out of this web of incredibly dull adventure. Uncharted is not the game you want to play. 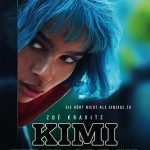 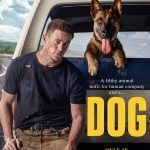