Before there was the constant superhero genre, Sylvester Stallone was cinema’s own version of a superhero, but without the spandex and capes. He made audiences stand up and cheer as Rocky, he climbed to new action heights in Cliffhanger, was a police officer in the future in Demolition Man, and became the embodiment of the law in Judge Dredd. He was a top-three action movie star in the 80’s and 90’s but along the way it was the likes of Wolverine and Batman that stole his thunder. Although he has dipped his toes into the Marvel and DC waters with Guardians of the Galaxy and The Suicide Squad, his newest film Samaritan tries to bring back that old 90’s action to the superhero genre. It nearly works too, where over time the Marvel universe has run amok, which has created a pocket for a refreshing take such as this. Samaritan is about a superhero that has gone underground, in a world that is rampant with violence, and the unexpected bond with a young boy to help bring the hero out of retirement. It’s a bit of Rocky meets The Batman, with Stallone coming out of the shadows to show that he still has a few rounds in him to be the next hero. Or at least a good Samaritan.

Right off the bat, the title character is a bit goofy, with a name that sounds more fit for Kick-Ass then for something fans want. It begins with a rambling exposition on how 20-years ago the Samaritan and his brother Nemesis were the lone heroes fighting crime, that was until Nemesis became hungry for power. Fast-forward to now in Granite City, where Samaritan and Nemesis have been reported dead, but in the world of conspiracy theories and podcasters, there’s a rumor that Samaritan is still out there. One of those believers is 13-year old Sam Cleary (Javon Walton), living paycheck to paycheck with his mother (Dascha Polanco), and constantly bullied by troublesome kids in town. That is, until a mysterious garbage man in his housing complex saves him, and it is revealed that the Samaritan has been quietly living next door this whole time.

An obvious inspiration for Samaritan is Paul Verhoeven’s RoboCop, where the fictional city constantly looks like a gray and rundown existence for every citizen. There is also the existence of rampant crime that is being produced by the main villain- Cyrus (Pilou Asbaek) and his goons. They’ve found an old police warehouse which happens to have electromagnetic bombs, knocking out all the power in the city, along with Nemesis’ powerful hammer. This forces Samaritan to come back out of retirement for good, if only to help protect Sam, as their relationship grows closer, while it’s just the two of them against a whole lot of bad guys.

From a direction standpoint, Samaritan has a solid pace, setting up the mystery of who could this quiet man be, and building to a reveal of his full power. The man behind the camera is Julius Avery, who made the criminally underappreciated Overlord, and on the surface Samaritan is leaps and bounds better than the most recent Rambo, but falls short of achieving its true potential. Outside of a few brief bursts of action, there’s a lot to be desired, where the screenplay from Bragi F. Schut fails to dig deeper into the new father figure relationship, and set pieces could benefit from larger stunts. It’s a guarantee that if Samaritan was made in 1992 it would be a classic today.

As for Stallone, he’s good, doing the best he can to look powerful in his age, and playing off that role he perfected as a mentor in Creed. It’s the ending that mainly derailed things for me, which involves massive CGI fires that become unbelievable, and a twist that felt tacked on. After all of those problems, however, Samaritan still represents a movie we don’t see enough of, where the superhero genre is done in an original way, reminiscing about 90’s action, and without the intellectual property to be beholden to. Maybe the Samaritan is the hero we need today or at least the hero we deserve. 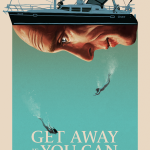 Get Away If You CanReviews 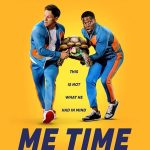