In 2022, the one genre that has made a return is the romantic comedy. Not just in the standard ways either, but an array of films, the bigger budget (Marry Me), the adventure romance (The Lost City), the charmer (I Want You Back), and some just bad (The Valet). What we are seeing as well- finally- is a romantic comedy for the LGBTQ community, not that those kinds of movies haven’t existed before, but this time it’s mainstream. And rightfully so, because everybody falls in love, no matter who a character is falling in love with, romance is universal, and Fire Island hits all the right notes of a great romantic comedy. Through the brilliant writing of Joel Kim Booster and guided by the great direction of Andrew Ahn, Fire Island is an absolute delight. It starts as a relaxing week long getaway at the East coast oasis for a group of gay men, looking for fun in the sun and hookups, but finding deeper connections, Britney Spears karaoke, and unexpected romance. There’s a lot that can happen at Fire Island and it’s a trip you will want to be a part of.

The first and only hint that Fire Island is inspired by the works of Jane Austen is a quick shot of a copy of Pride and Prejudice on Noah’s (Booster) nightstand. That’s more than enough, however, because the relationship dynamics of this story reveal as much as any other Austen work has done before. When our lead character wakes there’s a man in his bed, with the alarm is blaring, because he’s late for the ferry that will take him to the island. There are more flings that await and he arrives just in time, with his group of friends shouting, poking, and shocked that he’s late for his own party. It’s the week they spend at Fire Island, a time of fun connections, but this year Noah hopes to help his best friend Howie (Bowen Yang) spread his wings. Be promiscuous, get drunk, have fun, and forget about falling in love. Only this time it’s one last hurrah, as their friend Erin (Margaret Cho) informs them that she’s selling the summer home so they need to make it a week to remember. And they do…

What Joel Kim Booster and director Andrew Ahn do an excellent job of is laying out the various characters in their collective groups. Similar to any romantic story, there are different types of people, the rich men with mansions, the muscular men, the more flamboyant men, and the more reserved. Some of these are stereotypes, some characteristics are rooted in experience, but it shows the unique complexities and authenticity of the gay community. We are instantly connected to Noah and Howie’s friendship, but when Howie captures the attention of Charlie (James Scully) we see Noah’s protective side. While Howie and Charlie make a romantic connection, we see Howie conversing with Will (Conrad Ricamora) on a different level. There’s a similar bitterness between the two of them, both secretly upset that their best friends have found someone, but also growing to like one another. Although it seems cliche for two people to start out by disliking one another, only to find a connection, in Fire Island that development is genuinely there. We go on the journey with Noah. We see these people in one light and they gradually change into characters we dislike or care about.

There are various reasons why Fire Island is a delight. For me, I think it’s the fearlessness of the film. Joel Kim Booster does it all. His writing is honest and sharp, with an ability to be biting in his views on the pros & cons of the gay community, with a razor steel sarcasm that evokes loads of laughs. Ahn is also unafraid of showing these characters have sexual freedom and balance the joy of getting drunk, letting loose at a club, but also the moments that can be enjoyed watching the sun go down on a dock. Similar to Ahn’s work in the criminally underappreciated Driveways, it’s the gentle moments that lift the material up, when Noah and Mike have serious conversations about what it means to be in love and the stresses that come from all parts of life.

Fire Island instantly belongs into the bucket of new rom-coms that break the mold, from Bridesmaids, to Crazy Rich Asians, and now this. Any complaints I have are minor, where a few party sets seem a bit fake or at least obvious that it was shot during times of COVID, but everything else rises above. The collective cast is absolutely perfect, where Margaret Cho has moments of wisdom as the groups wiser friend, or how Conrad Ricamora surprises with his silent charm. The biggest stars, however, are Joel Kim Booster and Bowen Yang. The two of them have a glowing charisma, especially a scene where Yang sings Britney Spears’ “Sometimes” that will make you smile, and if not, you will be won over by both of their abilities to play the genuine dramatic parts. Fire Island is one of the best movies of 2022 and it’s ready to set your heart on fire.

FIRE ISLAND IS PLAYING ON HULU THIS FRIDAY JUNE 3RD, 2022 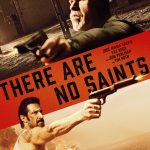 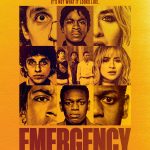