Earlier this year I complained about how Marry Me would have been a better rom-com if it wasn’t one big giant ad campaign for J-Lo and the various products it was sponsored by. That’s not the same problem going on in The Valet– a near carbon copy plot- but it’s actually a bad movie for all of the opposite reasons. In Richard Wong’s film, the problem is that it looks and feels like a Hallmark movie of the week, where a hotel valet (played by Eugenio Derbez) crashes into the situation of playing the pretend boyfriend for a movie star (played by Samara Weaving), but in the process of playing the part, ends up getting closer to the celebrity then was ever intended. It’s a predictable exercise, with very little laughs, forced chemistry, and an ending that takes too long to get to. You will want The Valet to just drive away.

The plot of The Valet is so predictable that it feels futile to explain it. Derbez stars as Antonio, a hard worker who rides his bike everyday, saying hello to those he knows at local businesses along the way. He lives with his mother (Carmen Salinas), has a terrible mustache and an even worse haircut, and is recently separated with his wife Isabel (Marisol Nichols). He’s trying to be there for his son Marco (Joshua Vasquez) and work as much as he can to keep himself happy. For Olivia (Weaving) she’s the hottest working actor, excited for the anticipation of her new Amelia Earhart movie, but also having an affair with wealthy business mogul Vincent Royce (Max Greenfield). During one of their secret rendezvous, the paparazzi capture Olivia and Royce arguing, but in the picture they also capture Antonio crashing his bike. In order to keep the affair a secret, the plan is to hire The Valet to pretend to be her boyfriend, till the gossip subsides. This leads to the two of them connecting more than they expected and maybe even the possibility of true love on the horizon.

Where The Valet goes wrong is on a variety of levels, from the general aesthetics that look like a sitcom, the writing that is scattered, yet seldom funny, and the narratives obscene length. Written by Bob Fisher, Rob Greenberg, and originally by Francis Veber, The Valet takes an incomprehensible long time to gain any momentum. Each beat is boring, where the humor is attempted to be generated by Derbez’s awkwardness, but in actuality the best part of The Valet is Weaving’s ability to throw caution to the wind on the situation. Derbez’s character is painfully unaware and unable to adapt to his new moment. If the objective is for us to find Antonio charming, it never works, as his character arch is more frustrating than anything.

It’s also interesting to see The Valet and hold it up to its many differences with Marry Me. Both films involve an everyman finding themselves connected with a woman of great beauty and grace. At least with Marry Me the chemistry between Owen Wilson and Jennifer Lopez was legit, two actors finding an adorable ability to feel compatible. For Derbez and Weaving there is nothing, not that director Wong is going for a full character connection, there is still a divide between the two movies these actors are performing in. The Valet feels less inspired to create a vehicle for the two leads to shine and more interested in going through the motions.

The Valet feels like a missed opportunity. In what could be a throwback to older 1980’s movies, where the oddball guy gets the girl instead feels like random content for a streaming service. Derbez should be capitalizing off his charming success in CODA and Samara Weaving is arguably the most magnetic new star after her work in Ready or Not and Bill & Ted Face the Music. Sadly, The Valet is more interested in filling a streaming parking spot instead of creating something memorable. It’s sad too, I wanted this movie to succeed. I guess it’s back to parking cars.

THE VALET IS PLAYING EXCLUSIVELY ON HULU THIS FRIDAY MAY 20TH, 2022 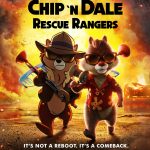 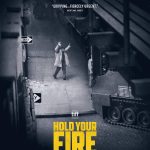