MOVIE: THERE ARE NO SAINTS

With a script written by Paul Schrader there was more expectation from There Are No Saints. Yes, the marketing screamed DTV junk, but with a screenplay from the writer of Taxi Driver and The Card Counter, the thought was that this could be better than expected. Those expectations sank fast. It’s a revenge drama that’s soaked in the liquid at the bottom of a garbage can at a bar. It wants to be edgy and violent- and boy does it achieve that- but without any grace. There Are No Saints is trying to be the good kind of trash we don’t get enough of, but instead fails to be competent enough, and has such a vile disposition that it settles on being the bad kind of trash. There Are No Saints is part gross, part sleazy, and will leave you wishing for a long shower.

We open with the lead character Neto Niente (Jose Maria Yazpik) or as he’s known as “The Jesuit” being released from his long stint in prison and picked up by fellow bad guy Carl (Tim Roth in a pointless role). He was there for a crime he didn’t commit, being the fall guy for a police detective that planted evidence on him, and now he’s committed to getting back to his life. He connects with ex-wife Nadia (Paz Vega), who despises him, but Neto hopes to reconcile with his son Julio (Keidrich Sellati), and his son reciprocates that need for a father-son relationship. This doesn’t sit well with Nadia’s new boyfriend and crime boss Vincent (Neal McDonough), who takes it upon himself to take out Neto, but when he handles his hitmen, Vincent turns it up and kills Nadia and kidnaps his son. This sets the path for revenge and a rescue, along with a stream of fights and shootouts, filled with bloody violence which has the artistic merits of a comedian smashing a watermelon.

Even if the story would work, it’s a trio of minor details that make There Are No Saints a complete, and utter mess. It may not be the fault of Jose Maria Yazpik, an actor I have rarely seen, but his performance is as stiff as a board in a lumber yard. If we’re supposed to care for him it’s hard because he acts like a robot, void of any type of human emotion. The action scenes are also needlessly violent, with women being punched, pummeled, and bludgeoned, leaving me wondering if those involved need to talk with their mothers. And when there is a sequence of action the CGI is so bad it’s often laughable, especially a scene where McDonough’s character is intimidating a prisoner by throwing a baseball at their head, where it’s obvious that McDonough and the victim are not in the same room. Those three parts are major factors of a movie like There Are No Saints and if that’s not working, then nothing is truly working.

I would like to find something nicer to say about There Are No Saints but I don’t think it’s motivation is to conjure up anything nice. The second half turns into The Jesuit and an exotic dancer named Inez (Shannyn Sossamon) teaming up to find Julio and bring justice to Vincent’s empire. It builds to a big rescue scene and bullets flying. Ultimately this is a violent story, in a messy world, and void of anything to appreciate. These are typically the types of movies that Paul Schrader makes and I gravitate to it. This on the other hand is lacking in being a movie worthy of this much critical inspection. It’s just a big misfire from everyone involved.

THERE ARE NO SAINTS IS CURRENTLY PLAYING IN SELECT THEATERS, AVAILABLE ON DIGITAL AND ON DEMAND 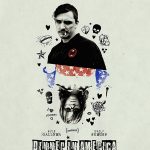 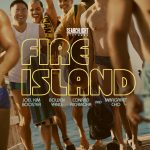