In Aaron and Adam Nee’s The Lost City there’s a brief moment when Brad Pitt captures all the momentum in the palm of his hand and sadly, when he exits, he seems to take all that energy with him. Luckily, with Sandra Bullock and Channing Tatum picking up the slack, there’s still more than enough chemistry to push this romantic adventure over the mountain of predictability. With two great looking leads lost in the jungle, with Tatum playing his classic “mimbo-type” and Bullock being her often versatile self, The Lost City becomes enough of everything you would expect. Tatum takes his shirt off, Bullock dazzles us in sequins, while the two try to escape being captured by a megalomaniac billionaire. When all put together, The Lost City amounts to a predictable mix of comedy, romance and adventure, but it’s certainly an entertaining treasure worthy to be found.

The lead is Bullock as Loretta Sage, award winning romance novelist, who has reduced herself to a recluse after the death of her husband. Her newest book- The Lost City of D desperately needs to be a hit, which means going on a book tour with cover model Alan (Tatum), who relishes the spotlight, and draws more fan attention than Loretta’s writing. After the two of them have a little spat, things turn for the shocking worst, as Loretta is kidnapped by a pair of henchmen for tech billionaire Fairfax (Daniel Radcliffe). The wealthy businessman has embarked on the search for the legendary Lost City, the exact one that Sage wrote about in her novel, and now only she can decipher codes that would locate a hidden crown of fire. Lucky (or unlucky) for Loretta is that Alan is trailing behind, hoping to do anything possible, so he can be the hero of this romance story becoming a reality.

The direction of The Lost City is aiming for classic romance-comedy-adventure similar to Romancing the Stone, Six Days Seven Nights, or Cutthroat Island, but leaning heavier into the comedy than the adventure. The screenplay is written by five people- a surprise for how standard this plot is- which includes Oren Uziel, Dana Fox, Seth Gordon, and the Nee brothers. What works most about the writing is the heavy leaning into Tatum’s airheaded thinking, a guy who loves the attention, and believes that he and his Dash character are one and the same. It’s unmistakable that Bullock and Tatum work perfectly together, bouncing witty banter off one another, while balancing the seriousness of their roles when it’s asked for. Where the two of them are let down is going through the steps of a predictable plot that leads to moments where the two discover that it’s best to not judge a book by its cover.

The biggest highlight is undoubtedly the appearance of Brad Pitt, a personal trainer whose name happens to be- yes, Jack Trainer. He’s called by Alan to help locate Loretta, which he instantly does, and with his shocking good looks, makes Alan feel less than heroic. Pitt enters into the jungle to save the day, in a hilarious and comical moment of secret agent skills, including jokes about how his dad being a weatherman, and stating, “don’t worry, you’re safe now”. It’s when Pitt’s character is removed that The Lost City grinds to a halt. It then becomes Tatum and Bullock walking down a river, a funny bit with leeches, a romantic cuddle in a hammock, and the eventual arrival at the hidden treasure. It’s hard to ignore but a majority of the jokes fall flat once Pitt exits.

The other odd part is that The Lost City feels incomplete. Radcliffe’s character alludes to a twin brother, which never pays off, and his character is incredibly forgettable. The majority of The Lost City survives purely on the charm of Bullock and Tatum. The potential of greatness is there, the two of them make it a lot of fun, but I couldn’t help but wonder if many more laughs were left off the table. I don’t want to mislead. I think the majority of moviegoers will enjoy The Lost City. I had fun. I’m just wondering if a better comedy is out there, buried beneath the surface, just waiting to be discovered.

THE LOST CITY IS PLAYING IN THEATERS THIS FRIDAY MARCH 25TH, 2022 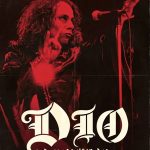 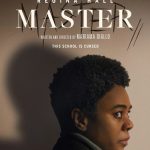