MOVIE: I WANT YOU BACK

It’s a fact that making a good romantic comedy today is even harder than making a massive blockbuster. Not just because we don’t get enough of them, but also because it’s impossible to laugh these days. Jackass Forever was a movie I desperately needed, for the deep gutted laughter, the audacity of the stunts, and that communal experience with an audience. That won’t be the same experience you get from I Want You Back, but it’s still a surprising delight. It starts with having two charming leads in Jenny Slate and Charlie Day, playing an unlikely pair of people who have their hearts broken, and then proceed to bond over their sadness. Even though the direction it heads may be predictable from the start, it helps that I Want You Back has plenty of laughs, and an adorable cast, making it all come together.

It begins with two couples, Peter (Day) is a guy in his mid-thirties, working at a nursing home, and dating Anne (Gina Rodriguez) for over 6-years now. He’s good with kids and friendly with anyone, but for Anne he’s not taking enough risks, and she abruptly tells him she doesn’t want to date him anymore. Emma is the opposite, lagging behind in life, living with two roommates that she had in college and dating personal trainer Noah (Scott Eastwood). During a nice breakfast Noah breaks it off with Emma, leaving her waiting for an Uber, and moving on from someone that he didn’t see enough motivation from. After the crushing moments of rejection, Peter and Emma have a meet-cute in their work fire escape, both crying and connecting the dots that they’ve both had their hearts broken. What follows is a friendship, but when both of them discover that their exes have moved on to others, they devise a plan to infiltrate their opposite sides, with hopes that sabotage will bring their exes back to them.

In order for most romantic comedies to work today there needs to be an excellent balance, managing the silly and the serious, something that I Want You Back has. Charlie Day typically bugs me with his manic chittering style of personality. That’s not the case this time, where he develops an unexpected bro-mance with Eastwood’s character- undoubtedly the film’s surprise MVP- and the two have a hilarious night out, with drinks, drugs, and jumping off the roofs of houses. The other side is Jenny Slate, an actor that makes being charming her natural existence. The Obvious Child star has a deeper character and a funnier plot line, where she volunteers to help Anne’s new boyfriend Logan (Manny Jacinto) to direct a high school production of Little Shop of Horrors. It’s an arch that is hilarious and without it, I Want You Back arguably might not have been this good.

When you have a collective cast that works in synch with one another that charisma can only take your romantic comedy so far. That’s why the rest of the appreciation goes to writers Isaac Aptaker and Elizabeth Berger, writing the plot that has a majority of the rom-com beats, where the predictable prospects of Peter and Emma ending up together is always present, and it still works along the way. The only major flaws of I Want You Back consist in what is standard for the genre it is living in. The laughs might not work for everyone, the characters make choices that won’t sit well with others, and the predictable nature had me wish for bolder choices. And yet it still worked for me.

I Want You Back is not a revival to the rom-com, but a nice reminder that these movies can still work today, especially outside of the stuffy awards season fare. This is a comfort movie, with comfortable characters, all of them having their quirks and kind sides. It won’t skyrocket to the top with the likes of When Harry Met Sally, You’ve Got Mail, or recently with Crazy Rich Asians. It will, however, make for a delightful new rom-com, where you can cuddle up with a loved one, laugh a little, and be reminded that romantic movies can still warm our cold hearts.

I WANT YOU BACK IS PLAYING EXCLUSIVELY ON AMAZON PRIME VIDEO THIS FRIDAY FEBRUARY 11TH, 2022 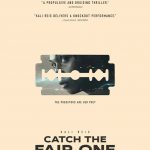 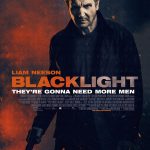