One might not classify the Jackass movies as high art but it certainly is a form of art. It’s performance theater, with gross out humor, and slapstick comedy rolled into an outrageous burrito. The team of Johnny Knoxville, Steve-O, Chris Pontius, Ehren McGhehey, Jason Acuna aka Wee Man, Dave England, and Preston Lacy may not have had a clue what they were creating with their wild stunts, hurling their bodies with reckless abandonment, but where they have landed is a place that’s relatively endearing. Now we’ve finally arrived at Jackass Forever, the fourth installment of Jackass movies, and the movie we need now more than ever. It’s been twenty years since the first Jackass and the gang is older, wiser, ushering in new Jackass team members, and delivering more outrageous stunts to laugh till it hurts.

There’s no plot in Jackass Forever to speak of, it’s once again a sequence of pranks and stunts, some laugh out loud hilarious, some painful to watch, a few not hitting all the funny buttons, and plenty of moments of friendly camaraderie to bask in. The director is once again Jeff Tremaine, friend of Johnny Knoxville’s, and the man willing to oversee stunts that can lead to bodily harm. What’s different this time around is a new crew of people willing to sacrifice their bodies for the good of the Jackass cause. That includes Eric Manaka, Rachel Wolfson, some guy named Poopies- his real name is Sean McInerney, and Zach Holmes, a rather heavyset man ready to fall on his face. Even Eric Andre from Bad Trip shows up to get in on the action. And we still get to see Steve-O fly off a speeding conveyer belt, Wee Man take a hit to his groin, and Preston become shocked with a taser. The old crew may be restrained but they’re not out.

The tone surprisingly starts slow, after the wacky staged introduction of the cast, which involves Chris Pontius’ penis used as a makeshift version of Godzilla, and then kicks off with BMX bikers riding over ramps with people propped under them. Then there is a giant slide which ends in a pile of dirt, a swarm of bees placed on Steve-O’s genitals, and some of the group being tricked into a dark room with mouse traps and electric shocks. It’s after this where things really pick up, where the laughs don’t stop, or you’re laughing through the pain. Snakes bite faces, plenty of moments involve someone’s testicles wacked, and they even light a fart under water. Some of the bits might be rehashed from past Jackass fare but they still pack a painfully delightful punch.

That’s ultimately what I love about Jackass Forever and sequentially all the Jackass installments- the friendship that Knoxville and co. have created. There’s much more under the surface than just stunts that only a certain amount of people would be crazy enough to do, but a genuine example of true friendship, something that has survived addiction, lives lost, concussions, and broken bones. Jackass Forever is also a reflection of masculinity that is fearless. Unafraid to be naked- you see a lot of male genitalia and lumpy bodies in this one- unafraid to be vulnerable, and unafraid to be laughed at. It’s impossible for me to not see my lifelong friendships in what the Jackass crew has. Although we may not have been letting MMA fighters punch us in the testicles, we certainly grew up seeing guys like Johnny Knoxville having fun, and it reminds us that those friendships are important to have.

Is Jackass Forever the best of the Jackass movies? I don’t think so, where the pacing and pranks have moments that lose the initial punch, but I was still thoroughly entertained. Knoxville is undoubtedly a genius in his unique way. The ringleader, following in the footsteps of the Three Stooges, Evel Knievel, and America’s Funniest Home Videos. He’s our modern day Buster Keaton and a true entertainer. For the sake of the laughs, for our pure enjoyment, Johnny Knoxville has delivered once again in Jackass Forever. That’s the America I know. The land of the free and the home of these brave Jack-asses. 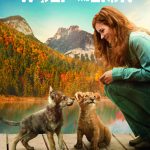 The Wolf and the LionReviews 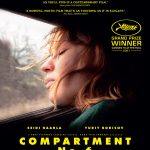