It felt good to laugh again. 2020 was a year of constant depression and although 2021 is not looking much better, I at least found comfort in the wild and hilarious antics of Eric Andre. His new film Bad Trip, is a combination of minor plot and prank show, where Andre and crew set up various scenarios in a road trip story and shock innocent bystanders caught in the moments. The concept originates from the Adult Swim late night sketch comedy The Eric Andre Show, or you may be more familiar to this style in a show such as Impractical Jokers, but only this time the antics are crazier, and the result is a laughter that’s much harder. Bad Trip is by far one of the funniest movies in some time and establishes Eric Andre as the next great creator of shock comedy. This is one Bad Trip you will want to take.

The plot is simple, Andre plays a guy named Chris, living in Florida, and working his dead end job at a Jamba Juice. When the girl he had a crush on in high school- Maria (Michaela Conlin) enters into the store, the two have an awkward conversation, but Maria invites Chris to visit her art gallery in New York sometime. She might not have thought Chris would go to those lengths, but he takes it as a moment, and decides to go on a road trip from Florida to New York with his best friend Bud (Lil Rel Howery). They take Bud’s sister Trina’s (Tiffany Haddish) car, but after she breaks out of prison and finds out her car is missing, she goes on a hunt after the two. Along the way it’s a mixture of funny antics, involving the two guys drunk at a southern country bar, a drug induced walk through a grocery store, a wild encounter with a gorilla at the zoo, and many more scenarios that will have you busting.

The opinions on a movie like Bad Trip often lie on the viewer, where this brand of humor either makes you laugh, or bugs you. The easiest comparisons would be to what Sacha Baron Cohen has done in Borat: Subsequent Moviefilm. Only instead of that premise being about an immigrant revealing the negative sides of America, Bad Trip is Eric Andre coming up with his own oddball scenarios for big laughs. The first half works brilliantly, where Andre pretends to cut his hand in a blender, shocking customers where they run out the door. There’s an impromptu song and dance number, with Andre professing his love in a mall, in a moment that only a great improv actor, someone who truly wants to push the boundaries of comedy, could get right. Bad Trip is the half brother of the Jackass movies mixed with the brilliant physical comedy of the Three Stooges.

The story is the brainchild of Andre, Kathryn Borel, Dan Curry, Jenna Park, and director Kitao Sakurai. Like any comedy, Bad Trip runs out of steam at the end and that’s even with a quick hour and twenty-seven minute runtime. Where Bad Trip also falters is when Andre’s brand of humor goes over the line into the obscene. Although I am not offended by jokes involving the bodily fluids of a gorilla or Andre’s naked body, it’s just obvious when Bad Trip relies on pure shock to get a laugh, instead of the fearless gags where Andre throws himself from the top of a bar or the way Haddish can portray an escaped prisoner with a devilish blend of humor.

On the whole though, Bad Trip is a laugh riot. Eric Andre pushes the boundaries to get a reaction, not at the expense of the innocent people he tricks, but at his own expense. The supporting roles from Haddish and Howery are equally impressive, simply for their ability to go along with the bits, and make it all believable. It’s obvious that Eric Andre is going to be the next great master of hidden footage or caught on camera comedy. I just hope that the rest of America is ready to go along for the ride. 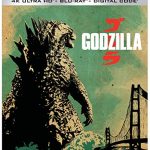 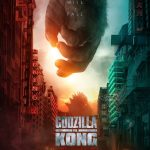