I was a Junior in college when Borat became a memorable character of cinema. He’s also an ingenious creation of chaos, from the mad mind of Sacha Baron Cohen, a figure in the world of entertainment that reminds me of the comedic genius of Mel Brooks. He’s a pot stirring comedian, someone pushing the boundaries of what is funny, in both a sad and ridiculous way. There’s a brilliant side to his way of comedy and in 2020 Sacha Baron Cohen shouldn’t be able to pull off another Borat movie and yet, here we are. Borat Subsequent Moviefilm achieves nearly all it sets out to do. It should put to bed any thoughts that we live in a “PC time” of comedy or that “cancel culture” has an impact on people. You would also think that everyone would know who Borat is. Everyone quotes the mustachioed, gray suited guy from Kazakhstan. Emphatic orations of, “maa wiife” or “verry niiice”, as annoying or hilarious you might find those lines, they’ve become part of the comedic lexicon, so it’s quite shocking at how funny this second go around is. Borat Subsequent Moviefilm is lacking in the original shock of the first Borat, but is filled with plenty of laughs, takes a hard look at everything that’s still wrong with America, and will shock anyone who still can be. I’d call this sequel a great success (Borat voice).

When the trailers revealed that another Borat movie was being made, the first thought is that it can’t work. We live in a weird, messed up time, where catching politicians in embarrassing moments barely makes a scratch on their records. Revealing a hypocritical side to religious conservatives is a daily occurance. That Access Hollywood tape could have replaced Billy Bush with Borat and it would have made the same dent. Because of those realities, it’s what made the attempt at a new Borat movie an even bigger challenge, but Cohen succeeds at adapting. The shift is that Borat has embarrassed his nation of Kazakhstan from his first venture. This time, the premiere of Kazakhstan wants to get in good standing with president Trump’s group of dictators by sending Borat to America with the gift of Johnny the Monkey- a famous celebrity of the country- to deliver to Mike Pence. Instead of arriving with the monkey, Borat’s daughter Tutar (Maria Bakalova) replaces him in his shipping crate. Now Borat is in America, with a daughter he doesn’t really like and no gift to deliver to Pence. But what if the gift could be Borat’s daughter?

An interesting tidbit of both the first Borat and this Borat is that it has taken Cohen and a team of writers to make this all work. There are twelve in total writers here and that seems to be an on their toes approach. The narrative could take a turn at any minute, and it is obvious because Subsequent Moviefilm is up to date at this very moment, dealing with things such as the Covid outbreak, the wild conspiracy theories of Q Anon believers, and the divide in America across the board. Without revealing too much, Borat dresses himself in disguises, pretending to be a southern father for his daughter at a debutante ball, infiltrating a right wing militia rally to cheer on the death of former President Obama, and proving to his daughter that America is not as open to women as she would want.

While watching Borat Subsequent Moviefilm, it’s impossible not to contemplate the place that America has become. When the first Borat movie hit, it was riddled with shocking moments and revelations about the United States, including college kids using the N-word like it was nothing, rampant antisemitism from people, and a dark side to the thinking in politics. In 2020, these revelations are no longer hidden, and instead of Borat being the joke, the real joke is America. Between Eurovision Song Contest: The Story of Fire Saga and the newest Borat, the United States of America is not viewed as anything more than a joke now. A place led by a reality TV star, with uneducated arrogance, and the ability for a comedian such as Cohen to easily dupe a member of the president’s inner circle. The sad reality is that when Borat first came onto the scene on The Ali G Show, he was a satire of third world journalism, like an alien from another planet that we could laugh at. Now he is not much different from any of us, he’s arguably better.

With all of these revelations, Borat Subsequent Moviefilm is a shocking success, answering a call at a time when audiences need to laugh. There are plenty of penis jokes, sight gags, and poking fun at people caught in Cohen’s line of fire. The arrival of Bakalova as the scene stealing star shows an ability of Cohen’s to adapt to his stardom, step back, and do all that he can to get his movie moments made. And there are plenty of shocking moments that will have audiences and cable news channels talking. By the time this airs on Amazon Prime Video there will be footage that would end the careers of anyone working in politics. I don’t expect that to happen but if it did…It would be very nice. 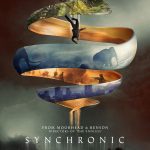 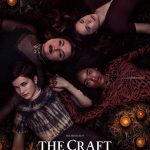