The writing and directing team of Justin Benson and Aaron Moorhead continues to reach new heights and what’s impressive about their newest film- Synchronic– is that they have a bigger budget and still manage to keep their form. Their first feature was Resolution, followed by their breakout hit Spring, and then The Endless proved they were not a fluke. The natural progression leads to having a pair of big stars in Jamie Dornan and Anthony Mackie as their leads, but what Synchronic manages to do is be an excellent narrative mixture of time travel and characters contemplating life. It’s about two New Orleans paramedics, Dennis (Dornan) and Steve (Mackie), answering a few calls of overdoses and discovering that the new synthetic drug called Synchronic is making people do messed up stuff. The drug is doing a lot more than just getting people high and when Synchronic becomes a danger to their families and lives, now the drugs are in their bloodstream.

Making a time travel movie is often a difficult task, specifically because they have been done in all forms before and there’s typically an uncontrollable continuity issue that happens. What Benson and Moorhead do well is simplify it to a narrative that they relate to, limiting the time travel aspect to a symptom, not a setting. They are a writing team, where all their films deal with two protagonists, and how they relate as friends. Dennis is a father of two, 18-year old Brianna (Ally Ioannides) and a newborn, with his kind wife Tara (Katie Aselton). Steve is still living the bachelor life, nursing a hangover when they get the next call, searching for his purpose outside of saving lives. When Steve discovers that it’s Synchronic that causes knife wounds, snake bites, and people falling down elevator shafts to their death, he must find out what this drug is doing. What he discovers is that the drug expands time, taking him to a moment in the past, and resulting in a frightening experience.

The stakes of Synchronic elevate when Brianna decides to take the drug and she mysteriously disappears, leaving Dennis confused with why his daughter would run away, while Steve does all he can to find her, without making his best friend worry more than he already is. It’s the bond of friendship that always burrows under the surface of a Benson and Moorehead picture. The Endless involved friends figuring out the mysteries being held at a cult-like camp and that’s similar to the narrative in Synchronic. The increase in budget comes from the special effects involved in elaborate and trippy time traveling scenes. The sets blend with time, as if the past and present are melting together, and whoever has taken the drug is in a shocked state. It’s a unique and often scary experience for both the audience and the character, unaware of what reality will look like after someone takes the psychotropic drug.

Another factor to appreciate about Synchronic is Benson and Moorhead’s use of New Orleans, a city that can often be viewed as a tax-break location, but here they make it a part of these characters. The comparisons to Martin Scorses’s Bringing Out the Dead should be acknowledged, but unlike how the Nicolas Cage film was more of an experience for paramedics in purgatory, Synchornic is a recognition of how the past and the present may have changed, but men struggle with their reality, no matter what year they are living in. And yes, that struggle portrayed by Mackie and Dornan is an expert example of the male ego, both laidback people, looking to escape, and desperately seeking that unbreakable brotherhood.

It’s another win for Benson and Moorehead, both as writers, and even more as directors. Synchronic might not be their most complex narrative, but it’s their most accessible, and it’s by far their coolest. Time travel films are often overdone, often lacking in the human aspect, but Synchronic has two edgy performances by Jamie Dornan and Anthony Mackie making it an excellent combination. For Benson and Moorehead it’s a peak achievement and a revitalizing example of original and smart science fiction. This is the right kind of high to convince you to take Synchronic.

SYNCHRONIC IS CURRENTLY AVAILABLE ON DEMAND 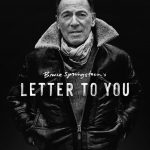 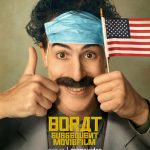