MOVIE: THE WOLF AND THE LION

Movies about animals are often a tough sell. The focal point becomes the cute factor of cuddly fur babes for audiences to “ooh” and “aww” over, or an emotionally resonating story about how an animal can be a human’s saving grace. The high bar I point to is Steven Spielberg’s War Horse and that success is not easily attainable. At this point, however, we’ve seen it all, over and over, and the beats are predictable. My hope was for The Wolf and the Lion to be something different, avoiding the usual narrative, where the exploitation of animals isn’t just a plot device, but actually something fresh. Instead, director Gilles de Maistre has made a movie no different than the rest, using the background of Canada to show off the unlikely friendship between a human, a baby wolf and a lion cub. In that predictable avenue, The Wolf and the Lion becomes a movie with very little to howl about.

The lead character is Alma (Molly Kunz), an only child who has lost both her mother and father, and is working her tail off at her music conservatory to be accepted into the California symphony orchestra. While the stress weighs her down, she receives the unfortunate news that her grandfather has passed away, leading her to the Canadian wilderness for the funeral. She meets with her godfather Joe (Graham Greene) to take a look at what’s left at her grandfather’s cabin and clear up any loose ends. Her stay extends longer when she finds a white she-wolf that has become a friend of her late-grandfathers and has now made his home her own, while also protecting her own baby, and sequentially creating a new bond with Alma. Things become more complicated when a baby lion cub falls out of the sky into Alma’s arms- literally!- after the plane crashes while transporting the animal. Now, the home has become a sanctuary for Alma to look after the two- something that will become more difficult the older they get, and the more the circus, and wildlife conservationists want to become involved.

The details are all based on a true story, where the two unlikely friends- Dreamer the lion and Mozart the wolf pup are still living in the Canadian wilderness together today. The screenplay, written by Prune de Maistre and the idea brought together by Maistre is a stretch, while it seems to lack an idea on what the story’s main motivations should be. It ultimately ends up hedging its bets, failing to focus enough on the adventures of the animals or the emotional struggles of Alma; And she seems to give up her dream of music quite quickly and figures out the basics of caring for two wild animals as if it were her natural purpose. There is an ambition to create tension in Alma’s animal family being discovered by Joe or the local forest rangers, but that revelation occurs without conflict when Alma hits her head on a rock, putting herself in a coma. Since she’s in the hospital, this leaves the animals alone, eventually placing the lion with a traveling circus, and the wolf in custody of a sanctuary run by scientist Eli (Charlie Carrick). It sets the stage for a third act of Alma saving her friends from a life behind cages and endless data tracking.

Although that may seem like more than enough to drive the narrative, The Wolf and the Lion is oddly boring, moving the story along with standard montages of Dreamer being mistreated at the circus, while Mozart looks for new ways to escape his captivity. More recent movies have done this story better, especially David Lowery’s version of Pete’s Dragon, or other films like Flora & Ulysses or The Call of the Wild may not have succeeded as much, but at least tried different angles in attempts to entertain.

There’s just not enough to The Wolf and the Lion. The humans are not charming, their issues are not focused on more than those of the animals, and the adorableness of a baby Lion and wolf can only go so far. The background setting is beautiful and actor Molly Kunz seems capable of delivering much more than what she’s allowed here. Instead we’re stuck with a standard affair, lacking in true energy, failing to conjure up any sort of emotions one often feels for beautiful animals. The Wolf and the Lion is better left out in the wilderness.

THE WOLF AND THE LION IS PLAYING IN SELECT THEATERS THIS FRIDAY FEBRUARY 4TH, 2022 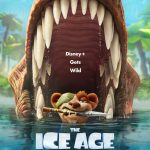 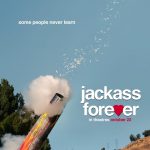