I’m conflicted with the overdose of cuteness that is Flora & Ulysses. The entire concept of a movie with a superhero squirrel fits into the collection of other movies such as Dunston Checks In, Air Bud, or Beethoven and unfortunately it will end up becoming an unrecognizable part of that cinematic pile. There’s plenty of refreshing moments in Lena Khan’s adaptation of Kate DiCamillo’s award winning kids book, with an impressive performance from newcomer Matilda Lawler, an adorable CGI squirrel, and a standard message about family. And still, it’s almost void of any adventure, originality, and memorable moments. Flora & Ulysses make for a fun little pair of precocious adventurers, but settles for the standard journey of a girl and her squirrel trying to escape that mean old rodent control catcher. Kids might be entertained by Flora & Ulysses, I was not impressed, no matter how far the squirrel can fly.

Maybe it is wrong of me to expect depth or a gentle touch in a movie about a girl and a superhero squirrel, but that would be a disservice to Lena Khan as a director. The high bar for a story about a kid and their magical pet is David Lowery’s Pete’s Dragon, where the giant mythical creature was a big CGI dragon-dog, but the core story was about finding your family. In Flora & Ulysses, those themes are present, but instead of leaning into the genuine family emotions, writer Brad Copeland feels a need to dig into the wacky and zany set pieces. Squirrels kicking up mashed potatoes, humans panicking at the rodent, causing giant donut signs to smash onto a car, a blind boy neighbor whose only purpose is for pathetic laughs, and Flora’s parents who are less capable than their own child. There are splashes where these cliches do work but it’s not consistent for the adventure to be a hit.

The narrative begins with Flora selling old comic books at a comic book store. Her father (played by a grating Ben Schwartz) has inspired the precocious little spit-fire to believe in the fantastic ways of superheroes. Unfortunately, for her parents they’ve decided to split up for a bit. Dad’s failures at getting his own comic-books published have left him doubting his choices, working at an office supplies store, while Flora’s mom (Alyson Hannigan) is going through her own writer’s block as a romance novelist. That hasn’t stopped Flora from being a cynical believer, aware of the shortcomings in life, but always hoping good will conquer. When she saves the life of a squirrel that is sucked into her neighbors rogue vacuum robot, the two create an instant bond, but this is no ordinary squirrel. He happens to be able to write poetry and also fly on his own. The goal is to keep Ulysses safe at all costs, but an overzealous rodent catcher (Danny Pudi) won’t stop till he can capture this menacing squirrel.

At the best, Flora & Ulysses has an adorable new face in Lawler, who reminded me of the bright and sharp Hayden Panetteiere in Remember the Titans, and a CGI squirrel that will be viewed as adorable by many. I think Flora & Ulysses makes a good argument that a squirrel might be a cute, domesticated pet. But when Flora & Ulysses is bad it baffles me. I found myself wondering who exactly this kids movie was for. It’s not enjoyable for the adults that will be stuck watching it with the kids, and it’s also not adventurous enough for the kids that want an escape. Wild car chases, silly pratfalls where the blind boy falls down stairs, or a wild cat that chases Flora and her dad into his apartment. None of it ever moves the needle of fun.

A part of me wonders if I’m being too harsh on Flora & Ulysses, because after all, it is a harmless kids movie, positively intended for young girls to feel uplifted. And still, I was hoping for much more. I would argue that director Lena Khan failed to make more with what she had. A strong cast of well-known television comedy actors, a cute kid, and an adorable flying squirrel should be a delightful adventure for the entire family. Instead Flora & Ulysses leaves us with a family movie that would be more enjoyed by the squirrels. That’s just nuts. 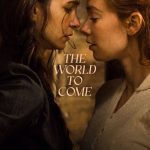 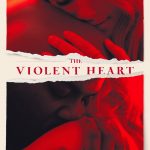