No matter how hard we try, the classics of literature, the Greek tragedies, they are embedded into the movies we watch. The Violent Heart has the foundation of William Shakespears Romeo and Juliet, but with plot points shifted, creating a fresh narrative drama. The story involves Daniel (Jovan Adepo), who at a young age witnessed his sister being murdered in the woods, the killer was never found, but the trajectory of Daniel’s life was forever altered. We catch up after he served time in juvenile detention and is hoping to change his life by joining the marines. What he did not intend on was connecting with high school senior Cassie (Grace Van Patten), who butts heads with her english teacher father (Lukas Haas), and the two find comfort in the gentle charm of one another. The two make a romantic connection, but the past, and unrevealed secrets have a way of coming back. The Violent Heart is a rich mix of emotional young lovers and the melodramatic. It doesn’t stick on the landing, but there’s plenty of heart in this movie to appreciate.

I will express the negative parts first: The Violent Heart keeps the mysteries about Daniel’s sister’s death hidden for too long that it becomes a given that audiences will predict the ending. The narrative also becomes a victim to the law of characters, where the longer we spend time in this world, the sooner we can figure out how everyone is connected. It’s the third act of The Violent Heart that let me down, but even with those flaws, director/writer Karem Sanga has made an impressive feature. The characters are well drawn, with plenty of depth, and there’s an honesty that keeps it engaging. That’s what makes the ending so disappointing.

The positive part is a mysterious narrative build up and the casting of Jovan Adepo and Grace Van Patten. Erasing any other issues, it helps that these two young actors have incredible chemistry together. The two characters meet-cute when Cassie needs to get her car fixed at the auto shop and after his shift Daniel has to give her a ride to school. Daniel picks his little brother (Jahi Di’Allo Winston) up and drops Cassie off, where she consequently catches her dad possibly cheating on her mom in his classroom. The conflicts of their two families bring these star-crossed lovers closer together, and the focus of The Violent Heart becomes about how family dysfunction can bring you closer to someone, while tearing you apart from those you’re supposed to unconditionally love.

There may be a problem where too many characters inhabit the narrative to focus on what matters or maybe I was wishing for a more independent approach to Sanga’s directing style. Van Patten has already been a part of two excellent independent films that captured family dysfunction (The Meyerowitz Stories) and the unexpected lovers connection (Tramps) and when I reflect back on those two pictures, that’s when I realize what The Violent Heart is missing. There’s a sanitized, almost plastic look here, making it feel like a Lifetime movie with better talent. Chalk it up to being a case where less would be much more.

Part of me feels like I’m being too harsh on The Violent Heart. The first two acts are thoroughly engaging, where the developing romance of Daniel and Cassie is a darling ride, and the family dysfunction is a juicy slice of American drama. Maybe I was disappointed by how little Mary J. Blige is given to do as Daniel’s caring mother or maybe it just missed the opportunity to be great. The Violent Heart is a solid drama. It won’t live up to the success of a Romeo & Juliet. Hopefully it at least finds a place into the hearts and eyes of the hardcore romantics.

THE VIOLENT HEART OPENS IN THEATERS AND ON DEMAND ON FEBRUARY 19TH, 2021 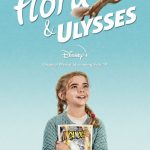 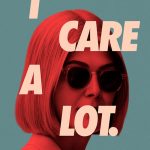