The king is in the building and the building is owned by Baz Luhrmann. You have to take that information and do with it what your opinion is about Elvis and the director of Moulin Rouge. The merging of these two personalities seems perfectly fit on paper but seeing it put into production is an entirely different animal. It’s not that restraint has been a thing in Luhrmann’s work, he has found a way to create a unique brand of cinema, where the pop music of the world can be merged with the writing of William Shakespeare, which is something we should always expect. With Elvis, he brings his brand to the life of the legend, telling his story in a not so similar biopic fashion, starting with his simple beginnings in Mississippi and Memphis, then turning up his short attention span to a twelve, zooming through his life, the influence he had on rock music, setting the world ablaze with the wiggle of his hips, finding success in Hollywood, his marriage to Priscilla, and cementing his connection with the city of Las Vegas. Baz Luhrmann covers it all in his exhausting fashion. Coinciding with his rise to great success is the relationship with his conniving manager Colonel Tom Parker and how that connection would ultimately be the downfall for a man held back by the various people feeding off his success. There’s undoubtedly a story to be told about the life of Elvis, but this version will leave you wishing for a softer touch, in a movie that is all shook up.

One of the frustrating factors about Elvis is that there is undoubtedly an excellent performance at the wheel from newcomer Austin Butler. If the actor was unknown before this, you can kiss that goodbye after you see him here, as he carries the looks, and charisma that Presley had. And then there is everything else that holds his hard work back. On one half you have the screenplay written by Luhrmann, Sam Bromell, and Craig Pearce, much too preoccupied to settle down and let us linger in the musical talents of Presley. Although it’s impossible to accuse Luhrmann and company of telling the story conventionally, it ultimately ends up going through the bullet points of Presley’s early start on the road with country and blues groups before breaking out to his own individual greatness.

The narrative structure begins with Parker collapsing in Las Vegas, telling us from a hospital bed that he would not be the villain of this story, which makes me wonder why Luhrmann wanted the angle to be from Parker’s POV? That would undoubtedly be skewed, but Hank’s presence is not in the foreground, but lingering around. To put it mildly the performance is distracting, where the Finch star is coated in layers of prosthetic makeup, undoubtedly taking a risk in his performance, but coming off more as a Bond villain than an actual human. Outside of him the only other surrounding performances are Olivia DeJonge as a muted but worried Priscilla Presley, Stranger Things star Dacre Montgomery as Steve Binder as a brief manager for Elvis turning his return TV Special into a massive hit. Even with Butler and others around him, the narrative is too busy for us to leave with any lingering impact.

If there are positives to be had outside of Butler’s work, it would have to be the set designs and aesthetic look of Elvis. It’s flashy, big, and bombastic, something that certainly makes it unique. If Luhrmann was set on running away from any criticism that Elvis would follow the cliched music biopics and once again resemble all that Walk Hard made fun of, I would say he succeeds, but oddly enough it’s his style that ruins any semblance of enjoying the artist himself.

Once again I am reminded of Ethan Hawke’s work as Chet Baker in Born to Be Blue continues to be the rare biopic of a musician that feels organic, original, and natural. Austin Butler is undoubtedly a star, giving his sweat and physical powers to embody Elvis. There’s an even greater performance from him underneath the surface, in a movie that allows him to talk, and be the man. Instead we are left a full blown Baz Luhrmann production. I can’t blame him for sticking to his guns, being the auteur that he is, telling the story of Elvis Presley in his own way. That still doesn’t make it a movie I would ever want to visit again. Wise men say, only fools rush in, and that’s exactly what’s wrong with this Elvis. It’s all one long exhausting experience. There’s no rush to see it. 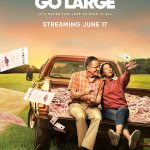 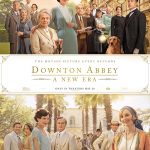