MOVIE: BORN TO BE BLUE

Born to Be Blue is as cool as the icy color in its title. It is a thick wisp of smoke in the air, a gentle tap on the bass strings, full of an energy from the inside out, as it veers away from the typical musical biopic. It is spearheaded by a performance from Ethan Hawke that could be one of his best of all time, as legendary west coast jazz trumpeter Chet Baker. Director/Writer Robert Boudreau (That Beautiful Somewhere) balances focus on Baker the man, rather than the typical rise-and-fall tale. It successfully highlights the musicians struggle with heroin addiction and his relationship with his second wife Jane (Carmen Ejogo), while also allowing our ears to hear the crisp, smooth music that Baker elegantly played, hitting the right notes, in a study of art vs. inspiration. Jazz enthusiasts will be pleased to get a glimpse at this portrayal, while new audiences will be intrigued to search for Baker’s tunes on Spotify.

It begins with a back and forth opening, where Baker resides on the cold floor of a prison cell. Then we flashback to a classic black & white cinematography, to the time of Baker’s prime, where catching the ear of Miles Davis at the Birdland nightclub meant the world to him. Later in the night, the first taste of heroine becomes a part of Baker’s life for good, his wife busts in with anger, and then we arrive to a bright 50’s color pallet; it is Baker on the set for a movie about his life that producer Dino De Laurentiis tried to make in 1952. This was all before a drug dealer smashed Baker’s teeth in, which seemingly looked like it would end his trumpet playing career indefinitely. But as I said, Boudreau does not care to focus on the Wikipedia events of Baker’s life. He instead, he allows the audience to be focusing on the jazzman’s psyche and his love with Jane, to reveal just how special this musician was.

A recent trend in movies is to find different ways to tell audiences about the tragically beautiful lives of musicians. Whether it was last years Love & Mercy, which was an exploration into the two stages of Brian Wilson’s life with The Beach Boys or even the flawed, but entertaining, Straight Outta Compton. Now, Born to Be Blue makes the conscious effort to celebrate the talent and artistry of the music that Baker made. The film briefly highlights Baker’s gruesome lows, especially the practice sessions that leave him with a mouth full of blood as he struggles to play with his false teeth. And yet, at the center of the film is the conflicted love story Baker has with Jane, the drugs, and the music. The charisma Ejogo and Hawke share shines like the California sun. As we listen in, like flies on the wall of the VW van they inhabit on the beach, we can hold onto the love they have for each other for at least a moment…

And then we go back to the superb work from Hawke. His performance lives in his eyes, as they portray the struggle Baker fought between his theory that being high allowed him to play better, and the inevitable destruction that his dependence on drugs would lead to. He lovingly explains to Jane, “Time gets wider, I can get inside every note”, almost as if to say, this is a fight that I cannot win. Although Hawke’s slick backed hair may be the only physical feature that relates to the real Baker, when Boudreau places the actor in the center of the room to sing “My Funny Valentine” you start to believe that an Oscar nomination could be a possibility.

If anything, Born to Be Blue reminds us that it is not just the accomplishments or the roads that an artist took that makeup an entire career or a movie. There was a deep and beautiful soul inside of Chet Baker, and here is a portrayal that will stay with you till the very last note. I was even listening to his music as I wrote this review, so you could say I’m already hooked. 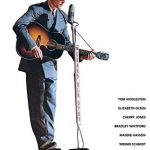 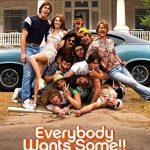