Downton Abbey: A New Era will far from disappoint fans of the original series and it’s a worthy follow-up to the previous feature film released in 2019. With Oscar-winning screenwriter Julian Fellowes continuing at the helm, this new chapter does everything the devoted audience base could want, and more. The often categorized “adult franchise” continues strongly, without waste, and keeps the story open for new future possibilities. It is, as they say, a “well-oiled machine” and I do not see any signs or reasons for that machine stopping.

In the previous film, the residents and staff of the famed estate were treated to a visit by Britain’s King George V. Everyone was in a fit of chaos as they tried to keep the king’s arrival as a sane and ultra-civil event. This time around, the major visitors are a film crew who want to use the estate for a new movie. Half of the family and staff stay to watch over the proceedings while the other half head to the south of France after it’s discovered that Violet (Maggie Smith) has inherited a villa from an old flame. Questions emerge as to what sort of relationship the matriarch had in her past and what this means for her son Robert (Hugh Bonneville.) This creates an elegant cinematic approach, where scenes in France are beautifully shot, with everything looking sunny and bright. The sea makes a rare appearance for this series, opening up and expanding the look and feel, in a world we’ve gotten so used to for the past decade.

However, these scenes are nothing compared to the film production taking place at Downton Abbey. It’s great for viewers to get to see how films were shot in the late 1920s, including the cameras and other equipment used at the time. Of course, anyone with a little knowledge of film history would know that this is the era when silent films were being replaced with “talkies.” In the early scenes being shot, the production is shut down, as the studio back home announces that audiences don’t want silent films anymore. The director, played delightfully by Hugh Dancy, is left with the problem of how to salvage what they’ve done so far. Leave it to our hero and Abbey heir Mary (Michelle Dockery) to come up with a solution: make the film a talkie… There is one problem though, the leading actress has an unpleasant voice.

Of course, we’ve seen this before. Singin’ in the Rain (1951) covered all of the problems associated with this conversion to sound, such as actors’ voices, microphone placement, and the need to write effective dialogue. While the film being made at the Abbey appears to be a costume drama, the true background was actually Alfred Hitchcock’s 1929 film, the murder themed Blackmail, which dealt with the sound issue at hand, becoming Britain’s first “talking picture.” Beginning as a silent film, Hitchcock and producers began adding more scenes with sound. Actress Anny Ondra, who had a thick Eastern European accent, was asked to pantomime the dialogue, while another actress with a more appealing voice said her lines off screen. Lo and behold, who gets that job of becoming the fresh voice at the Abbey but good ol’ Lady Mary of course. She just happens to be perfect at it. Likewise, it is bumbling former staff member Mosley (Kevin Doyle) who gets to try his hand at writing the much-needed dialogue for the film within the film. There’s no way that someone at the Abbey would not make their mark.

If all of this sounds a bit too easy and preposterous to consider, let’s think about who Downton Abbey: A New Era is for – the fans. I count myself as one of them and I was completely satisfied with this turn of events. Sure, the title suggests the “new era” might signal the coming of the 1930s and the Depression, but Julian Fellowes is not there yet. When the series went for full drama with WWI and various character deaths, tragedies, and misgivings, it signaled them going all in on the theatrics. In other words, if you bought into the series up until this point, none of the above new events will seem unlikely. Rather, they become an entertaining series of new adventures for our beloved characters. None of it is too heavy and none of it is out of character for what’s established.

What is also very satisfying about this new chapter is that all of the major and minor characters have relevant plot points and believable arcs. It’s astonishing that Fellowes is able to cram so much into a film that runs barely over two hours, touching on more than enough. There are new characters such as Dominic West as dashing actor Guy Dexter and Laura Haddock as Myrna Dalgleish, the actress with an unfortunate voice; It truly makes an argument that Downton Abbey can continue far beyond where the original cast started.

The big question is whether the film offers anything to new fans. That’s a bit hard to say since I’ve seen everything that came before. Yet the narrative is complete with enough interesting film and character plot points that I think it’s possible for newbies to be satisfied. Of course, the biggest pleasure for audiences new and old will be seeing Maggie Smith playing Violet. She’s always been the fan favorite and once again Smith doesn’t disappoint in the least. If anything, she’s given more to do, as she bares her soul to her once rival Isobel (Penelope Wilton.) That and the character’s final scenes are rich and beautifully performed by Smith. It is a treasure to still get to see her in this (or any) role today.

There are a lot of characters here and the spouses of the primary figures aren’t given much to do (Mary’s husband isn’t even present) but that isn’t relevant in the structure of the film. In the end, Downton Abbey: A New Era is an enjoyable new chapter in the always growing Downton Abbey saga. One can only wonder what will come next for the family as they enter the 1930s. I know I’m looking forward to it and I’m sure the series’ millions of fans will welcome the many more chapters to come.

DOWNTON ABBEY: A NEW ERA IS CURRENTLY PLAYING IN THEATERS AND BEGINS STREAMING ON PEACOCK THIS FRIDAY, JUNE 24TH. 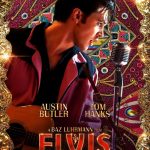 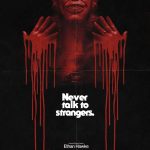