Finch answers the age-old question, “can Tom Hanks act beside a dog and a robot as good as he can against his fellow thespians?” Surprisingly, or at this point unsurprisingly, yes, Tom Hanks can deliver an excellent performance with a dog and a robot. He did it with a volleyball in Cast Away, he’s done it with a mute girl in News of the World, and now he’s proving himself, yet again, in Finch. I don’t even know why I am surprised, but that surprise is always welcome, as Tom Hanks never ceases to amaze me. Here he plays Finch Weinberg, a robotics engineer, living in a post-apocalyptic world, where the ozone layer is ripped to shreds, the earth is covered in sand, and the only thing keeping him company is his trusty dog. Only, this isn’t just a story about a man and his dog, but a story about ingenuity and survival. Finch is a marvel of man connecting with machines, lifted by an excellent Tom Hanks performance, surviving together at the end of the world.

The movie opens with Finch roaming through what used to be St. Louis, Missouri, singing Don McLean’s “American Pie”, as he enters various rundown establishments, looking for food with his real dog Goodyear and his robot dog Dewey. He hunkers down in an old robotics laboratory, feeding his dog, uploading data onto available servers, and building his new robot friend that we eventually call Jeff (Caleb Landry Jones doing excellent motion capture and voice work). First the goal is to teach his tall robot to walk, communicate, scavenger, and survive as he does. The primary directive is for someone to protect Goodyear when Finch is gone and when a massive storm rolls in, Finch and his crew must trek across the country to San Francisco in hopes of finding safer spaces.

As far as science fiction films go, Finch is not entirely new, where movies such as Short Circuit, Her, and Bicentennial Man have focused on the relationships of humans and robots. What’s different in the screenplay from Craig Luck and Ivor Powell, is the way it treats the robot as more human, an entity that is learning for the first time like a child, but quicker to adapt with super-powered intelligence. The direction from Miguel Sapochnik- a director that has mainly dealt in television such as Game of Thrones– is that he keeps the special effects on the robotics and the decimated environment, while letting Hanks have his space to go to work. It’s the latter half that does all the heavy lifting, where Tom Hanks once again shows his grace in the face of disaster. His Finch character is being affected by the radiation that hits him from above, coughing up blood, frustrated by the lonely time that he has, and Tom Hanks makes every moment of it believable. Even when the runtime is a bit long or the plot feels a bit redundant, it’s never a problem to spend time watching the marvelous acting skills of Tom Hanks. His performance as Finch is not Cast Away level greatness, but it seems his ability to perform in an isolated scenario once again is just more evidence that he’s the greatest at making the most of his surroundings.

The other major factor is the robot itself, which has the moving style of a C-3PO or Chappie and a voice that sounds like a robotic version of Borat. At first I was a bit taken back, laughing at the silliness of it all, but as the journey of Finch goes along, weathering sand storms, and car accidents on the way, I found myself loving the clunk of junk. Landry Jones does the motion capture and vocal work, which is surprisingly funny, given the current state these characters are in. It’s that emotional state the audience will feel for the robot Jeff is part of Finch’s achievement, taking a character without a conscience and having the audience fearful of anything happening to him.

Once again, Finch is just Tom Hanks doing his Tom Hanks thing. He’s an incredible actor, with the amount of depth and humanity he injects into his character raises what could be a lifeless plot into a sufficiently human story. The script makes sure to allow Finch to tell plenty of stories, well thought out monologues for the character to build on, reminiscent of Quint in Jaws, but instead it’s the great Tom Hanks. Sure, Finch also has subtle remarks on the importance of saving our planet to not look like this in the future, but maybe it’s also a reminder of how important it is to have the companionship of someone, a dog, or a robot, because they provide a missing piece that always needs to be filled. Robot’s best friend is Finch.

FINCH IS PLAYING FRIDAY NOVEMBER 5TH ONLY ON APPLETV+. 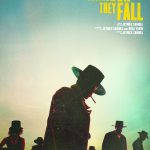 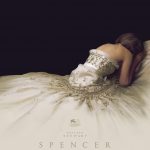