MOVIE: NEWS OF THE WORLD

Earlier this year, I stated in my review for Greyhound that Tom Hanks had made his full transformation into the modern day Jimmy Stewart. That trend continues in his most recent film, News of the World. It’s another collaboration between Hanks and director Paul Greengrass, but it’s a slightly different narrative for these two, where News of the World is not a true story turned drama such as Captain Phillips. This is a journey into the past, a western on a lighter scale, where the rugged terrain is as treacherous as the people living on it, and an answer is given to the question, “where do you get your news from?” It’s post-Civil war time, with the world changing, and Captain Jefferson Kyle Kidd (Hanks) travels from town to town, reading newspapers for anyone who would listen. His responsibilities change when he finds a young girl, abandoned in a wagon, raised by Native Americans and he is now saddled with the responsibility of safely returning her to the only family she has left. News of the World is a western about the connection between an unlikely pair and keeping up with a time that is rapidly changing around them,

When I talk about News of the World being an unconventional Western, I say this because it only has a few moments where we see gunslingers or wild horses. The settings are saloons and dirt roads, but it’s not on the same level as say a Magnificent Seven or A Fistful of Dollars. Interestingly, this is more similar to Geroge Clooney’s sci-fi film The Midnight Sky in many aspects. It’s about a man taking a little girl under his protection, when he knows little about what it means to be the protector, or have the responsibility to care for another person. The way to characterize Hanks’ character is mysterious and it makes him a perfect pair with Johanna (played expertly by newcomer Helena Zengel), because she speaks little at all. She speaks her Native American language, but as the two travel from town to town, they bond over the little communicating they can do. They encounter multiple struggles along the way. A group of bandits that want to kidnap Johanna for their own profits, a dust storm that knocks them down, and the constant threat of their wagon falling over cliffs. Nothing about this journey is fun.

News of the World is an interesting installment into the acting career of Tom Hanks, which somewhat coincides with his recent work in A Beautiful Day in the Neighborhood. Playing Mr. Rogers had a mystery to it, being a man that everyone saw as kindness personified. This character is also a mystery, a quiet man, someone who has seen the atrocities of a brutal war, lost everything, tired of the fighting, and yet looks for the better in humanity. He’s someone that brings hopes, joys, laughter, sadness, and tragedy with his news stories, which is where Captain Kidd hides his own losses. When Johanna comes into his life, this is a moment for him to confront his own fears, and to love another person after shielding himself behind the stories. The only other substantial character in News of the World is Elizabeth Marvel’s Gannett, who is another damaged soul, someone that Kidd can confide in along the road, but this is an internal struggle with young Johanna as his purpose.

The direction by Paul Greengrass is also unusual for the United 93 director. His last film, 22 July was as intense as a movie can be, about the Oslo, Norway terrorist attacks. That is a movie chalk full of violence in the first half and the tragic aftermath left behind in the third act. News of the World is a two-handed narrative, the screenplay written by Luke Davies and Greengrass is a straight on journey, with zigging and zagging in a covered wagon. What Greengrass does not slack on, however, is authenticity. News of the World looks fantastic in every frame, which makes sense because it is shot by Dariusz Wolski, who knows exactly how to light a scene with a lantern, and create enough dust to make you rub your eyes to see through it all. I would argue that News of the World is Greengrass’ most restrained film and it’s a refreshing approach to a period of such constant misery.

What it amounts to is another solid Tom Hanks venture. News of the World will continue to grow on audiences as the years go by, where it might not be getting enough credit now, but feels like a solid feather into the cap of an already legendary acting career. At least Tom Hanks is continuing to challenge himself, submerge into the genres he has yet to try, play the roles he has yet to dissect, and inch closer to reminding audiences that he is just as good as Jimmy Stewart ever was. That’s not much of a shocker I guess, but I am just here to tell you the good news.

NEWS OF THE WORLD PREMIERES IN SELECT THEATERS CHRISTMAS DAY 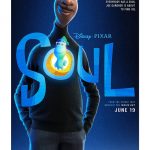 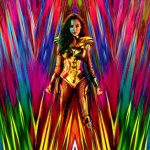