Greyhound is not just a throwback to old school war pictures, it’s the kind of movie that would make John Ford extremely proud. In the quintessential “dad movie”, everyone’s favorite dad Tom Hanks, stars in one of the best Navy-war movies for some time. Director Aaron Schneider, delivers the meat and potatoes of action, in a thrilling story, following a convoy of American ships, protecting other ships that carry goods and supplies for the British during WWII. The leader of the pack is the ship Greyhound, commanded by captain Ernest Krause (Hanks), fighting to survive an onslaught of German u-boat submarines. Greyhound is a thrilling battle on the high seas, constantly moving, incredibly intense, and pioneered by another grand performance from Tom Hanks. Greyhound is the best war movie of 2020.

What is most disappointing about Greyhound is that you will not be able to see it on the biggest screen possible. This is a grand scale movie, complete with highly detailed sets, authentic seamen dialogue, and a leading man to take us there. This may be another standard war picture to some, but it is one of the first war pictures to capture a naval battle outside on the raging waters, inside the ships, and inside the heads of the men in the fight. The screenplay is also written by Tom Hanks, who is someone that is no stranger to telling stories of war, once as the major producer for HBO’s Band of Brothers. There’s an obvious inspiration from John Ford’s They Were Expendable, but the attention to detail is what grounds this story. The narrative is not just about massive steel ships, exploding torpedoes, or random people fighting in a war. We see the baby faces of young men, the very men that represent a time of innocence lost, and Americans that sacrificed it all for a greater future.

The major factor that helps Greyhound hum as a movie is the pacing. Schneider understands that we may not know exactly what starboard or port-side means, but the battle must charge on, and charge is what the Greyhound does. A majority of the drama involves Hanks’ captain Krause, his mind racing, and his body pacing between the deck and cabin. He walks so much that his feet begin to bleed. We can’t take our eyes off him either. He uses binoculars to scope for submarines, jumps on his radio to communicate with his second mate Cole (Stephen Graham), or is too stressed to ever eat the delicious meals prepared by staff servicemen Cleveland (Rob Morgan). Survival is the goal for this ship, fighting every minute to evade attacks from Nazi disrupptors. The adrenaline never stops. Greyhound is a tightly wound picture, in tight spaces, about a ship of American soldiers in a tight situation.

As for Tom Hanks, his work is as solid as ever, and Greyhound just might be the movie where the Bridge of Spies star acknowledges his Jimmy Stewart acting style swagger. The performance is as measured as his work in Sully, which is a nice companion piece with Greyhound. Both films have shortcomings in character depth- you saw the bare minimum of Sully and you get the nuts and bolts of captain Krause. These are compact dramas, focused on leading men, in charge of the lives of many, and handling moments of immense pressure. The screenplay from Hanks takes a page out of the recent narrative style of Clint Eastwood and director Schneider handles the excellent CGI action sequences.

Although it’s disappointing that it won’t be in a big IMAX theater and yes, maybe there could be more depth to the overall characters, but still. Greyhound is a fantastic movie with more fantastic work by Tom Hanks. It’s the movie of the summer to recommend to your mom or dad, it’s a story of American heroism, and it is the always reliable, but always amazing Tom Hanks. He’s the best dog to have in the fight and Greyhound is the top dog. 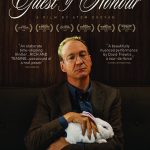 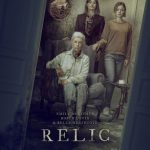