In the industry of horror movies, it takes a particular type of skill to truly impress audiences. You are talking about a fan base that has seen it all and will throw their loyalty behind the genre at all costs. For Natalie Erika James, her directorial debut is the best horror movie of 2020, so I would hope that fans of the genre will welcome her into the club with open arms. They did it with Ari Aster- rightfully so- and James might be the next big thing with Relic, a movie about three generations of women, battling dysfunction and disease. Emily Mortimer stars as Kay, Bella Heathcote plays her daughter Sam, and Robyn Nevin plays grandma Edna. When grandma goes missing for a few days, Kay and Sam go looking for her and when grandma shows back up, she’s not exactly herself. Relic is a unique mixture of psychological and visual horror, anchored by three strong performances, and a spectacular directorial debut. This is the kind of Relic you keep around.

The opening sequence of Relic sets the tone. Something, some spirit, a demon, what it is that’s not exactly clear, arrives in Edna’s living room. When Sam and Robyn don’t hear from her, some many days later, they decide to drive to her country home to look for her. She’s not there. The fear settles in for Kay as her mother’s mental health has been slowly in decline, fears of dementia, did she wander into the woods? The search continues for a few days and then Edna just shows up. No memory of where she went or where she was. One thing is for certain, something is wrong with grandma, and the fear is that whatever is messing with her is still inside the house.

When Hereditary made its debut I have been hard pressed to find another horror movie that was such a great representation of psychological distress. Toni Collette’s performance is still some of the best work in the past ten-years. Relic comes pretty close to having the same impact as Hereditary, but it’s a different kind of psychological horror. The screenplay by Natalie Erika James and Christian White has a grasp on the family dynamic and the bloodline that will course through all three women. This is not about demons or spirits, but about the uncontrollable horrors that are passed on from generations. There is a question on if grandma has been possessed by the entity or maybe the entity is just a part of the family? While Kay and Robyn stay to take care of grandma, the walls start to decay, close in, and the horrors take hold around them.

The performances from all three actors are quite impressive. Mortimer’s work as Kay is a collection of past traumas shared with her mother Edna. The second and third acts become Heathecote’s, playing the wandering college kid, looking for guidance from her grandmother, not always getting along with her mom, and horrifically discovering just what runs in the family. Relic is an onion of surprises, peeling back each layer, revealing more mystery, and more scares. The final sequence of Relic is one of the more memorable moments of 2020.

Relic is more than just strong scares, it is rooted in reality, and the darkness that can lie under our skin. It’s a bit similar to Jonathan Glazer’s Under the Skin mixed with Hereditary and it is still a fresh take by Natalie Erika James. The word relic is creepy when you think about it. Something dead or a belonging kept as an object of reverence. Sometimes things should be left behind. The things we keep around can saddle down those that come after. It’s a haunting thing to think about. I will be thinking about Relic for a long, long time. 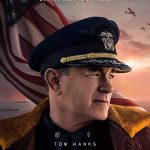 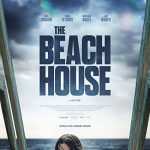