The bar for a Pixar film might just be too high these days because Soul might be the animated studios most inspired effort yet, but like a pole vaulter, it’s tipping the bar as it goes over the top. Pete Doctor and Kemp Powers are merging the big questions about what happens when we die with soulful jazz music and the final result is an inspired and deeply philosophical animated film. The story is about a music teacher named Joe Gardner (voiced by Jamie Foxx), an aspiring jazz pianist, who unfortunately loses his life right after the biggest (and successful) audition of his career. What follows is the journey of his soul, a little translucent spirit, his trip to the great big light, and his fight to get back to his body. Getting back is not easy when he’s paired up with 22 (voiced by Tina Fey), another soul that has failed to find its purpose, but together the two just might discover what life has been all about. There’s a lot of deep concepts in Soul, some of it is too complex for kids, but there is a mix of laughter, sweet music, mind bending animated visuals, and a message to live for today, not tomorrow.

What can’t be denied about Soul is that it is creatively brilliant. Pete Doctor has gone deeper into his mind with each Pixar venture. And this is the farthest he can go. His first was Monsters Inc., which was a dip into a world that children could easily make believe. Up was a tearjerker about lost love and regaining one’s youth. Inside Out is arguably a masterpiece, as a full study on the mind, emotions of children, and the confusion of growing up. Soul goes deeper than that, revealing a theoretical afterlife, where Joe is transformed to his little blue spirit, in a place where “counselors” help souls find their purpose before being born, and those who recently died find a place in that great beyond. It’s not exactly the type of stuff that kids are ready to grasp.

That’s not to say that Soul doesn’t have the childlike charm, which arrives in the narrative of a buddy comedy. When Joe and 22 meet, it starts out as a parent trying to wrangle a reckless kid, but as the two souls progress in the after-world, they eventually find their way back to earth, and somehow end up in switched bodies. Joe in the body of a cat and 22 in the body of Joe. Now both souls are into hosts that they have no idea how to operate, with 22 treating Joe’s body like a rag doll, with no control of his arms and embarrassing himself in front of people he knows, such as his often disappointed mother Dorothea (Angela Bassett). With each turn, the two of them start to realize the things that matter, 22 finding a purpose, how exciting it is to be alive, and Joe appreciating life in the moments, instead of believing more was out there.

I don’t want to make it sound like Soul is a bad Pixar movie. Those are quite rare and usually have the word Car in the title. The animation is nothing short of gorgeous, with photo-realistic imagery, beautifully capturing Joe in his musical zone moments, tinkling the ivories with precision, and emitting wondrous sounds. The universe in Soul that is built should be studied by theologians or anyone willing to study beyond the cosmos, and the screenplay by Doctor, Powers, and Mike Jones takes a bold approach to the harsh realities of life and death. Even the lesser Pixar movies often test us the best.

It was also a few days later, after I had watched Chloe Zhao’s Nomadland that I began to appreciate Soul even more. The theme of living life like there was no tomorrow seems to be an important message circulating in movies and even more in my own head. That’s why Soul hit me a bit harder after the fact. It has a spectacular message about finding your purpose in the life that you were given and doing it all to the fullest. No matter the ups and the downs, more than ever humans should appreciate the time we have. We don’t know if a virus can get us, the passing of time, a mysterious accident, or when it’s just time. Either way, it’s better to live and to love. I believe that, deep down in my Soul. 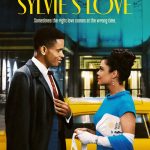 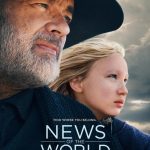