The best metaphor I can come up with for describing Spencer is that it’s like watching an animal in a cage at the zoo. I think that’s what director Pablo Larrain is going for here. The very essence of who Princess Diana of Wales was is that of an elegant being, someone that was too good for the life she was cornered into, marrying Prince Charles at a young age of twenty, having two children, and ambushed by her husband’s infidelity shortly after. And although the traditions and the pompous show of royal prestige attempted to keep her locked away, she was a person of her own convictions. It’s portrayed through the chameleon performance of Kristen Stewart as Lady Di, quiet and demure, depressed and tortured, and entirely in her own interpretation. Spencer is anchored by a powerful performance, in a film that can be both arresting and asountding, briefly stuffing us into the tiny box that the royal family tried to shove Diana Spencer into.

It’s safe to say that the films of Pablo Larrain are not for everybody. He weaves narratives differently, they are a visual, emotional, and audio display, with lead performances that do the heavy lifting, allowing our minds to experience a life most of us could never truly relate with. In Jackie, his interpretation of first lady Jackie Kennedy was equally fascinating and reaching into a space that only his subject would truly know. That mysterious and unknown place in the mind of a tragic public figure is where he wants to go, this time working off of a screenplay by Steven Knight, slowly stalking the day to day events for the Princess of Wales on Christmas eve and day. Only this time, his subject wants to run away- played elegantly and phenomenally by Kristen Stewart- often sneaking to the kitchen to pick a snack, getting in a car to drive away, or staying in her room as long as she could. These are the many reasons why Spencer is not your typical biopic, where the character at hand is also a victim of the royal system, put into a box that she desperately wants to get out of.

The highlight and the main attraction for audiences will be to see how American Kristen Stewart can pull off playing the British princess. The Underwater star is never fully becoming the Princess, as much as she is being both herself, and something different at the same time. The accent is a spot-on breathiness, which can become a bit tedious, but this performance isn’t cosplay the way Bohemian Rhapsody was for Rami Malek, but an embodiment of another human. This is an honest portrayal of a woman, hounded by paparazzi, confided to her untrue self by Queen Elizabeth, a prisoner of entitlement, and lavish tradition. It helps when the technical sides of Spencer lift Stewart’s performance to another height, where the setting alone creates a haunting isolation, while Jonny Greenwood’s score is on a level with Bernard Herrmann, and the cinematography of Claire Mathon is astounding in the way it moves and captures a hazy shadow hanging over every scene.

Spencer is undoubtedly a Kristen Stewart showcase, but the narrative does have a trio of excellent supporting work. Timothy Spall as Major Alistar Gregory- the watchful eyes of security detail, often frightening in his inability to see Diana as a human. Sally Hawkins as Maggie, the designated dresser for her majesty and an ear to listen to Diana. And Sean Harris as Darren the head chef who becomes the understanding therapist for Diana to express her disdain for her sons hunting quail, and just about everything else done on the grounds. The supporting work makes Stewart’s performance fly, but it’s ultimately the stylish vision of Pablo Larrain that brings Spencer to life. His style with Jackie and Ema are all incredible scopes of a man that continues to try and understand the human being.

Where Spencer might falter most is that it feels singularly focused on a depressed state for Diana, something that undoubtedly was real, but was not the only thing that made her who she was. That redundancy can become much until the third act where Diana shows resistance to her oppressors, and a glimmer of hope for a beautiful soul that was lost far too young. Most of those shortcomings I looked past because Spencer feels like a beautiful piece of art to be held up, like a painting on the wall. It works better when stared at and the message remains that we can’t keep something graceful locked away. Like a beautiful butterfly, a powerful lion, or a wild horse. Spencer is something that should not be tamed. 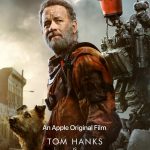 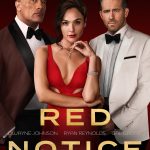