There are ways to tell a story that will make an audience squirm, laugh, cry, or root for the characters to win. Then there are those that go down without any effort and will leave viewers with only the sad feeling of emptiness. Jerry and Marge Go Large falls into the latter category. It’s an easy to digest type of film, offering light entertainment, with a cast of actors many will recognize, and requires nothing of its audience. But wouldn’t you like a challenge? Or at least a movie that provides a great memory? That’s not what you get from Jerry and Marge Go Large. In fact, the impact it makes is very small.

It’s based on a true story, starring Bryan Cranston and Annette Bening in the title roles, as a sixty-something couple who find a flaw in a state lottery game that results in a potential payoff in the millions. When the film begins, Jerry has just retired from his factory job. After a brief stint attempting to use a new fishing boat, his mathematical mind is alerted when he finds a crack in Michigan’s lottery system. Almost immediately he starts making cash. When Marge hears about it, she jumps on board with nary a question. When Michigan ends the game, they look for the next score, finding another lotto glitch in Massachusetts and begin winning money off of its own flawed system.

It’s here where the logistical and dramatic cracks in the narrative begin to show as the couple commutes rather quickly between the two states almost as if they’re driving to the next town. They stay in the same cheap motel several times and play the lottery in the same convenience store, which is run by an unseemly character named Bill (played by Rainn Wilson). It all works so easily for them. Since there doesn’t seem to be any conflicts or major struggles in their journey, I began to wonder what was cut out of the film, or if there was any drama to arrive.

Townspeople find out about their scheme and want in. There are no objections or concerns. All other characters are given zero depth, as they follow Jerry and Marge like cattle, willing to believe they know it all. When a Harvard University student discovers the same flaw in the lottery system, he too finds a large group of fellow students who cheer him on and easily accept what he is telling them will happen. Doesn’t anyone question anything anymore in this universe? Because this is based on a true story we’re asked to go along for the ride and assume that everything happened in the manner it does on screen. But that doesn’t make for an interesting movie. There are few issues that arise, making it an flawed exercise in keeping the audience emotionally invested.

Cranston and Bening’s talents are wasted here. Sure, they share an enjoyable screen presence and have nice chemistry but I found myself wondering why either of these actors would want to appear in this film when they have so much more to offer. For Cranston, this film is like Breaking Bad virgin style, where everything was legal, no one got hurt, and life just breezed along for a few months. Part of the other problem is that the screenplay- written by Brad Copeland- does nothing to fully realize who these characters are. We know little about them, particularly Marge who seems to have nothing else to do but join Jerry on this journey. At least finding out what she was doing before this would be something. Sadly, both performers are relegated to sitcom level acting as they don’t have anywhere else to go with what is presented in the script.

As I watched I couldn’t help but think of Paul Thomas Anderson’s Punch Drunk Love– an obviously much better film- in which Adam Sandler’s character finds a flaw in a Healthy Choice pudding promotion that ends up generating him thousands upon thousands of frequent flier miles. However, that win was a singular story in an otherwise deep portrait of a man with his various troubles, including at least a half dozen intimidating sisters, a greedy phone sex worker, and a major anger management problem. That’s the kind of film which digs deeper into a character. Jerry and Marge are simple cardboard cutouts of whoever the real subjects are.

The film’s editing is also sorely lacking in finesse. The aforementioned travels between states feel too brisk or nonexistent. There are numerous continuity errors that made me wonder if the film was shot quickly during COVID. Was there no time for coverage and shot accuracy? Problems such as this lay on the back of director David Frankel, where a lack of attention, and sharp details make the narrative crumble like a house of scratch-off cards.

What this amounts to is a breezy 95-minute film that asks nothing of its audience. Viewers can go along for the ride without the need for complex thinking. Even the mathematical calculation that Jerry does to beat the system is glossed over. We’re just supposed to take it that he knows what he’s doing. There aren’t any major belly laughs, in fact most of the humor feels forced. For some viewers, though, this might just be the kind of light entertainment needed during a hot summer night. Don’t think about the logistics, the math, or the lack of conflict. Just accept what’s happening, if you must, but you will soon forget about Jerry and Marge Go Large, no matter how much you pay attention. Like a losing lotto ticket, this one just doesn’t have the right numbers.

JERRY AND MARGE GO LARGE IS CURRENTLY STREAMING ON PARAMOUNT+. 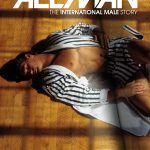