It may be up for debate, but I typically want a comedy to start funny, have a nice ebb and flow in the narrative, and keep the humor going to the very end. That’s a tough thing to do and often the balance that a writer needs to manage when putting pen to paper. With Vacation Friends, the comedy starts out great, just a whole bunch of laughs, with an unexpected pairing of Lil Rel Howery and John Cena, about two couples on romantic vacations, that turns into a week of wild fun and friendly debauchery. It’s when the story returns from the fun where things settle down and the laughs come to a stop. A few chuckles here and there, for sure, but Vacation Friends finds a spark and then loses it fast. It has laughs and silly scenarios, it’s also incredibly predictable, causing the fun of Vacation Friends to be a forgettable getaway.

Marcus (Howery) and Emily (Yvonne Orji) are headed to Mexico for some sun and relaxation. It’s also the opportunity for Marcus to propose to the love of his life. Getting to the resort goes well, but everything after is a mess, where the couple in the room above left the jacuzzi on, causing water to burst through the ceiling and ruin his proposal plans. Staying in that room is Ron (Cena) and Kyla (Meredith Hagner), where their absent mindedness goes beyond just leaving the water running, but into the realm of reckless carelessness. They live wildly, smoking a bong on a jet ski, adding cocaine to the glass of their margarita, and drinking till the lights go out. With every room booked and a load of guilt, Ron and Kyla offer Marcus and Emily to stay in their room for the week. A nice gesture and a budding friendship begins, where the uptight couple (Marcus and Emily) break out of their shell, but when the vacation ends, so does the friendship, or so you would think.

It’s after the trip where everything in Vacation Friends goes south. Not necessarily in the comedy stuff, I actually found some things more humorous after the fact, but it’s the entire predictability of it all that ruined it for me. The couples survive the trip and maybe a true friendship is established, but Marcus and Emily don’t really mean it. They can’t keep up with that kind of party life and it’s best to leave the friendship behind. With Ron and Kyla not invited to the wedding, it’s a true sign that they will eventually find their way to it, crashing the party, showing that this friendship was not just a passing flight, but true friends till the end.

There are five, count them, five different writers credited, including director Clay Tarver. If anyone has seen movies such as Wedding Crashers, Forgetting Sarah Marshall, or what Cena did in Blockers, it’s safe to say that you can figure out Vacation Friends from a mile away. Marcus is the practical one, never willing to open up, and struggling to earn the respect of Emily’s father (Robert Wisdom), but when the wild couple arrives, of course everyone thinks they are the greatest. It’s at the wedding where the narrative goes through the predictable motions, Marcus losing his dignity in a fox hunt, an argument between the two couples, and the eventual moment where they realize how much they needed each other. Sadly we’ve seen this movie before.

If anything is gleaned from a comedy like Vacation Friends it’s that Lil Rel Howery is having an incredibly successful 2021 that includes Judas and the Black Messiah, Bad Trip, Fatherhood, Free Guy, and now this. It’s also a strong stamp for John Cena, who has found his path in the comedy genre, and can still flex his muscles in The Suicide Squad. The majority of the issues in Vacation Friends is brought on by the direction and writing from Clay Tarver, who mistakes his two fresh leads for making a fresh comedy. There may have been a better movie in Vacation Friends, it looked like a nice escape, instead we just arrived back at square one.

VACATION FRIENDS IS STREAMING THIS FRIDAY AUGUST 27TH ON HULU 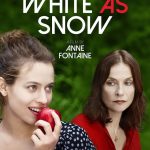 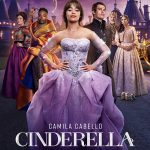