MOVIE: JUDAS AND THE BLACK MESSIAH

Judas and the Black Messiah has the biblical title and is chalk full of religious allegories. But it’s not just because it tells the story of the Judas-like man that infiltrated the Black Panthers and assisted in the eventual murder of leader Fred Hampton (Daniel Kaluuya), but because it’s a story of sinners and saints. Or maybe it’s that we’re all wrapped up in this crazy existence and trying to make sense of it. Trying to make sense of racial injustices that have never stopped. Forgive me if I stumble on my words to express what Shaka King’s newest film elicited from me. Long after it ended, it still has me deep into my thoughts and emotions. That’s how I know I’m 100% sure about my 4-star rating for Judas and the Black Messiah. It’s a direct hit. Straight down the middle of telling this story, having all sides of the narrative depicted, without bias, or a harsh skew to what happened in the late 60’s. Judas and the Black Messiah is using cinema to make a great impact, with phenomenal performances from Kaluuya and LaKeith Stanfield, in a riveting portrayal of the stunning and heartbreaking betrayal of Black Panther leader Fred Hampton. Films like this last forever. It’s revolutionary.

The man that infiltrated the Black Panthers for the United States F.B.I. was William O’Neil (LaKeith Stanfield), who found himself behind an eight ball, caught for impersonating a federal agent in order to steal cars. At the time of J. Edgar Hoover’s (Martin Sheen) F.B.I., it was a vile and downright criminal way of using members of the Black communities to assist in shutting down civil rights leaders or organizers, such as Fred Hampton, someone that pushed back on a world that mistreated them. The screenplay by King, Will Berson, Keith and Kenneth Lucas wastes zero time for the set up. O’Neil has been caught and federal agent Roy Mitchell (Jesse Plemmons) is ready to use him as a way to place himself in the Chicago, Illinois chapter of the Black Panthers. A few scenes where William sticks his neck out to protect Fred helps him rise to a level of security detail for the Panthers. What King and his team do well, however, is not just make it about these two men, but hit the mark on every side. The Feds, Panthers, Williams’ conflicted divide, the creation of the Rainbow Coalition, Hoover, and the constant struggle for equality during these times. No stone is unturned.

That’s not to say that Fred Hampton and William O’Neil are not the core of this story, but when Fred is sentenced to 3-years in prison, the narrative breaks from his presence, and more about his spirit hovering over the movement. That’s where the sub-plot characters take center focus, such as Mitchell’s confliction on how far he’s pushing William or how deep the hatred for the Panthers is seeping into him. Fred’s girlfriend and the mother of his child Deborah Johnson (Dominique Fishback) is the empathetic streak, the woman who believed in what Fred was saying, the power of his speeches, and the constant fear she experienced that the man she loved could be lost. Each character introduced, from the dirty Chicago police officers, the other Black Panther members in the fight, the members of the community, and on are all stuck in the same conflict, the same twisted world.

It’s easy for me to say that Judas and the Black Messiah is great for the performances and the enthralling story of Fred Hampton, but director Shaka King has made a piece that subverts the historical biopic film. This has every bit of the DNA from Martin Scorsese’s The Departed, the theatrics of Ridley Scott’s Gladiator, and the created tension of Scott Cooper’s Black Mass. This isn’t remotely close to Oscar season bait or trying to make a glossy telling of political history as Aaron Sorkin did in The Trial of the Chicago 7. Shaka King has brought everything together, from the cinematography by Sean Bobbitt, the riveting monologues, speeches by Kaluuya, and the heartbreakingly conflicted face of LaKeith Stanfield. From the top down, Judas and the Black Messiah is an accomplishment of great collaboration.

And then there’s the fact that the story of Fred Hampton, the wrongful way he was spied on, brutally murdered, betrayed by a person he loved, and then his legacy turned into a group of terror instead of humanitarians. With the recent release and revelations in Sam Pollard’s MLK/FBI, it cannot be any wonder why the trust from law enforcement has been eroded for a long time. Knowing what we know, would you trust anyone? Would you not live in fear? God willing, Judas and the Black Messiah will set the record straight for many. It will open your eyes to the birth of a revolution and it will once again show the world that Daniel Kaluuya and LaKeith Stanfield are two of the greatest actors working today. Judas and the Black Messiah is groundbreaking cinema. This is the clenched fist of cinematic justice. Fight the power.

JUDAS AND THE BLACK MESSIAH WILL BE PLAYING IN SELECT THEATERS FEBRUARY 12TH AND ON HBOMAX. 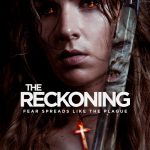 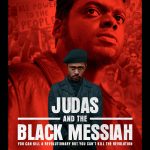