The number of times the fairy tale of Snow White has been told is too many to count. Snow White and the Huntsman, Mirror Mirror, various animated versions, and now Anne Fontaine’s spiritual take in White as Snow. My hopes were high, with the legendary Isabelle Huppert in the role as the wicked stepmother, in a French film that fails to hit the mark of being a fresh interpretation. This version is less like a fairy tale and more like a sexual fantasy, where Snow White’s erotic relationships with seven suitors becomes the major focus. It has brief moments of interesting artistic interpretations to the classic tale, but White as Snow is a poisonous apple that I regret taking a bite of.

It begins with Claire (Lou de Laage), a waitress at a hotel, owned by her step-mother Maud (Huppert), who is angry at Claire for catching her boyfriend’s attention, and her overall youth. In that jealousy she hires a hitman to take Claire out, but the act is botched, with Claire rescued on the side of the road, waking up in a quaint cottage. The residence of the cottage is Pierre (Damien Bonnard), his twin brother, and eventually five other suitors come calling to Claire’s presence in town. What follows is a new found sense of self from Claire, who loosens up and allows herself to experience everything that these men have to offer. Her sense of freedom is not what Maud wanted as a result and when she discovers that Claire is still alive, she makes her way to the town with her toxic apple in hand.

The direction of White as Snow from Anne Fontaine is not the biggest issue at hand, but it is the screenplay, co-written by Fontaine and Pascal Bonitzer, that fails to establish any true purpose for making Snow White in this updated vision. Fontaine has a history of films that dissect the erotic fantasies of women. Her films Adore and Gemma Bovery both merge themes about women expressing their sexual desires, while also isolating themselves in the country, away from the busy life that confided them. Even as those themes are prodded, the problems with White as Snow is that it becomes more of a dose of soft-core pornography than caring about a fresh version of Snow White. It does not help that the seven suitors all have characteristics that lean into the grating side of things and Hupperts bitter step-mother character is sidelined till the end. Huppert is the best part and her lack of presence is detrimental to the entire narrative.

The positive side is that White as Snow certainly looks good, including scenes where Claire sits beside a waterfall, having a picnic, while Huppert’s Maud hopes to offer her the lethal bite of an apple. It’s not that the performances are bad either, where Lou de Laage undoubtedly has a look of beauty that would cause seven different men to trip over themselves, but also commands her performance with a balance of a woman shy in her start and methodically breaking out of her shell. It’s everything else that surrounds the cast that fails to elevate the experience of watching White as Snow.

While the intention of creating a new vision of Snow White and the Seven Dwarfs may be an inspired attempt from Anne Fontaine, the final result is tepid and hollow. By the end all seven men are not individuals but hypnotized zombies and unlike what we saw in Mama Weed, Huppert’s devilish approach to the character is pushed aside for erotic expression. It seems like it would be difficult to screw up telling the story of a classic fable, but White as Snow never finds a purpose to exist at all. By the end, this Snow White is rotten to the core. Don’t take a bite. 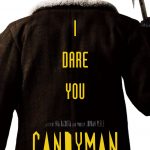 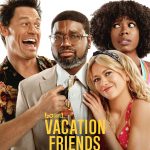