When I became a father three years ago, I had no idea what I was doing. If any parent tells you they know what they’re doing, they are lying to you. It’s a big responsibility for anyone making the choice to have a family and I still have no idea what I’m doing. In many ways, that’s the exciting part of being a dad, it’s the unexpected of every day. Life is certainly never boring when you have children. In Paul Weitz Fatherhood, the focus is on a single dad (played by Kevin Hart), tragically and unexpectedly thrown into the world of taking care of his daughter, while everyone around him thinks he can’t possibly do the job. That’s the somber premise, but Fatherhood is kindhearted, walking the line between light comedy, emotional drama, and even makes an argument that Kevin Hart succeeds more when he makes movies with a gentle touch.

Hart plays Matt, who we first see standing on the pulpit to talk at a funeral, his only words, “this sucks”. That’s because his wife Liz (Deborah Ayorinde) has passed away soon after the delivery of their daughter Maddy (Melody Hurd). He’s in a constant state of shock, his friends Jordan (Lil Rel Howery) and Oscar (Anthony Carrigan) unable to console him, and his mother-in-law Marian (Alfre Woodard), also broken by the loss of her daughter, is afraid for her granddaughter’s future. And so the challenge of Matt being a single father begins, making his job, his personal life, and sleep an uphill struggle in every way possible.

The screenplay for Fatherhood is written by Dana Stevens and Weitz, adapted from the book by Matt Logelin; And although it may be based on Logelin’s own true-life tragedy, Weitz and Stevens do a good job of finding happiness in an incredibly heartbreaking situation. The biggest risk that pays off is the casting of Kevin Hart, the comedian that often makes movies with a sophomoric tone to them, but here his ability to show restraint is what helps Fatherhood hit the right marks. Although Hart’s performance is obviously a stretch, Weitz- who’s other films include About a Boy and the Lily Tomlin hit Grandma– makes the smart decision of surrounding Hart with the graceful acting of Alfre Woodard and Frankie Faison as the worried grandparents. It’s not just those two, but the entire supporting cast of Fatherhood that raises Hart up to be a better actor than he ever was before.

As one would expect, the narrative of Fatherhood involves the trials and tribulations of being a single father, with Matt going through montages of parenting mishaps. Poopy diapers, a screaming baby that won’t go to sleep, working remotely while trying to rock a cradle, and a plethora of other scenarios. Although that outline is expected, Fatherhood is at its best in the moments that play it straight on. Scenes where Matt and his buddies can’t seem to get Maddy to sleep turns into a silly improvised song or the observation of parenting that is too true to not laugh. Matt leaving the baby in the carrier outside the car is disturbing, but an all too real possibility for the sleep depraved father.

The second half of Fatherhood is where the story comes together, with Maddy growing to the age of six, played delightfully by Hurd- seriously a superstar in the future- and the conflict involves a new stage of their relationship. Matt struggles with finding his own independence again, meeting Lizzie (DeWanda Wise), yes same name as his late-wife, and the fear creeps in for risking the chance of love and loss. The final act of Fatherhood may be where the cliches take over but with Weitz walking that gentle line, there’s not many missteps with this story.

If there’s any controversy that follows Fatherhood it’s that Kevin Hart still, for some reason, seems to think he was the victim of “cancel culture”, when the comedian is nearly a billionaire, and the second highest paid stand-up comic today (2nd to Jerry Seinfeld). If anything, Hart was held accountable for homophobic jokes he told, for which he gave a two-sided apology, and never understood what he was apologizing for anyway. All of that could be secondary for Hart if he gave a good hearted apology. The comedian can still be charismatic, has strong comedic timing, and with Fatherhood he reveals a more serious side that he’s more suited for. Fatherhood has a great big bucket of kindness at the center, saluting single mothers that raise men to be good fathers, and revealing a beautiful story of parenthood. Ultimately, you might just say that Fatherhood has a big H(e)art.

FATHERHOOD IS AVAILABLE ON NETFLIX THIS FRIDAY JUNE 18TH 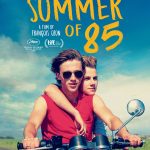 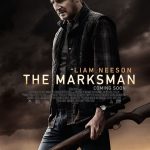