Had I gone a different direction in my life as an enthusiast of cinema, where I didn’t work my way to become a film critic of sorts, I would never have known who director Francois Ozon was. The French filmmaker has become someone whose work I typically love. His narratives are challenging, both emotionally, psychologically, and sexually. Ozon has worked with some of the greats of acting, Catherine Deneuve, Charlotte Rampling, Michael Fassbender, and Isabelle Huppert. Ozon also works at a relatively rapid speed, delivering new movies every year or every other year, and his recent film, Summer of 85 is another winner, telling a complex story of young lovers in summer. For Ozon the themes differ a little, the characters vary, and locations blossom, but Summer of 85 is a passionate tale of love gained and lost at a painful cost.

The main character is Alexis (Felix Lefebvre), living in the seaside town of Normandy, France. He’s a lost soul and we meet him in a delicate state, at the end of this tale. He’s in trouble for something, being walked into a room by a police officer. What it was we’re not sure about, but we flashback to his summer in 1985. Alexis’ parents want him to get a job, find a purpose, he knows that’s important, but he’s trying to enjoy what he has of a summer. When borrowing a friend’s small sailboat, Alexis ends up capsized in the water, and in that exact moment, David (Benjamin Voisin) arrives to save Alexis. David welcomes him to his home, introduces him to his mother (Valeria Bruni Tedeschi), lets him wash off, and borrow clothes. There’s an immediate friendship and an attraction between the two young men. It feels like a moment of destiny, instantly the passion grows, but Alexis takes it slow, knowing that a summer love is not always meant to last.

In some respects this might be considered minor Ozon, and by minor I mean that the narrative is relatively straight forward. Unlike films such as The New Girlfriend, Young & Beautiful, and the touchy dynamics of Swimming Pool, Summer of 85 is lacking in any unconventional story tropes. Adapted from Aiden Chambers novel Dance On My Grave, Ozon places his focus on both the ambitious youth of these two men, eager to soak in the summer sun, riding on a motorcycle, sitting tightly next to one another on the ferris wheel, and engaging in romantic touching for now, not looking forward to the future. The casting of Lefebvre as the lead is spot on, a baby face with golden hair, as his performance is timid, shy of his sexuality, but ready to set himself free. And Voisin as David is the films charming bad boy, tall, long hair, and wickedly teasing Alexis with a glance. It’s the chemistry between these two, which makes the inevitable heartbreak even more painful to endure.

As far as other films go, Summer of 85 has a unique connection to other summer romances, such as Call Me By Your Name, Dirty Dancing, and The Spectacular Now, but it also connects perfectly with Luca this week. Another film that is destined to be a well paired double feature is Stephen Cone’s Princess Cyd, which captured Chicago in its sunshine glory. Here, Ozon accurately uses the provincial French town. He is channeling the golden touch of the films of Agnes Varda, capturing his characters glistening as they lie out on the beach, joyfully walking through town, and the tense romantic secrecy of Alexis working at David’s family boating shop. They enjoy quick kisses in the backroom before helping a customer, as they can’t get enough of one another.

What is also established in Summer of 85 is the fleeting romance between two people on different waves of emotions. David is obviously mature for his age, sexually charged, unafraid to swerve his motorbike in the road, and lives life as an expression of freedom. Alexis is fragile, an innocent boy, playing it tough, but when the love these two share begins to fade, it is then that we see the multiple layers of their emotions. In their anger there will be words said that cannot be taken back. A major theme in Summer of 85 is regret in an age that shapes a person. Summer of 85 is a tightly clasped romance that may seem simple in scope, but the longer you let it sit, the more it resonates with our inner romantic. Summer of 85 is an open heart, pumping palpable emotions, and pouring them into the human senses. This is certainly one Summer we will never forget. 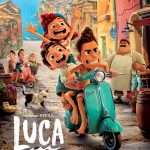 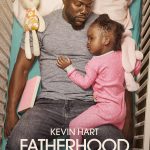