Why it took so long for Maggie Q to have her own individual action movie, I will never understand, but at least we finally get one in The Protege. I guess we could say it was worth the wait now that it’s here, but what’s most impressive is that it’s not just all shoot em’ up and kick ass action, there’s some actual character development here. It begins with a highly trained assassin finding a room filled with dead hitmen, a lot of bullet holes, and a young girl hiding in a closet. This is where the relationship for Anna (Maggie Q) and Moody (Samuel L. Jackson) begins. From there, it is a connection of a father and daughter relationship, where the teacher has raised the pupil on a steady diet of weapon skills and hand-to-hand combat fighting. But this story picks up many years later, where the hero is now being hunted by bad dudes, headed toward a showdown of mobsters that messed with the wrong person. The Protege is a throwback to 90’s action and the perfect vehicle for the skills and charisma of Maggie Q. Hopefully this is the start of more to come.

If you’re not familiar with who Maggie Q is, you need to go back and take a look at Mission:Impossible 3, where she got her start working alongside Tom Cruise to stop an evil Philip Seymour Hoffman. Years have passed since then, where Q has found fame on the action show Nikita, but often never finding the movie that could show off her amazing stunt skills. The people behind making The Protege know who Maggie Q is and make the wise decision of making this a story about revenge. Directed by Martin Campbell and written by Richard Wenk, we catch up with Anna thirty years later, now she and Moody are a team, taking care of mobsters and drug dealers like a hot knife through butter. She’s equipped with her fast hands, some hidden knives, and her father figure looking over her shoulder with a sniper rifle. When they’re not killing bad guys, Anna runs an antique bookstore, but when a mysterious man named Rembrandt (Michael Keaton) comes sniffing around, it leads to Moody being killed, and a new mission for The Protege to burn it all down at all costs.

It’s not surprising that the promotions for The Protege push it as “from the producers of John Wick”, but this is not a non-stop action display, but instead things are slowed down in the direction of Campbell. We see the close relationship between the teacher and pupil in a deeper state, with long talks over a birthday dinner, and visits to a secret layer with photos of targets on the wall. The screenplay establishes the relationships and then makes things even more conflicting between Maggie Q and Michael Keaton’s Rembrandt. He is undoubtedly a man behind the reason why Moody has been taken out, but Anna can’t seem to figure his motives. Throwing the the wrench into the equation is that these two play perfectly off one another, creating sexual tension, and a mental game of assassin chess, where sooner or later one of them will no longer have a need for the other. It’s a tango between two agendas, with our hero battling her past demons, while facing off with a potential friendly foe.

The Protege may be lacking in the full-throated thrills we see from movies such as Nobody or The Equalizer, and it would have benefited with the added style we see from a movie like Atomic Blonde, but it has three actors bouncing off one another with their unique abilities, which goes a long way. When the action becomes tighter, building up with Anna’s endless pursuit of Moody’s killers, it is at these moments when The Protege sings. It builds up to stellar stunt sequences that feature Anna propelling herself down multiple floors holding a fire hose, and a fight sequence with Rembrandt that ends with a smash. No matter how clunky the plot can be sometimes, The Protege makes it entertaining along the way.

At the end it all goes back to Maggie Q, who carries the weight for The Protege to the top of the hill. With any other actor in the lead and the final result would undoubtedly be less than, but with her leading the charge it’s a well oiled machine. The Protege is a compact action movie, with a fierce streak of violence, and a trio of actors that make it a lot of fun. There’s a lot that can be learned from a movie like The Protege, my only hope now is that Maggie Q rightfully becomes the action movie superstar she was meant to be. If they make The Protege 2, you won’t hear me complain.

THE PROTEGE IS IN THEATERS THIS FRIDAY AUGUST 20TH 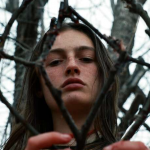 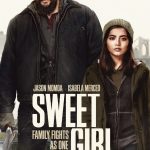