I typically don’t like to be a stickler for minor mistakes in movies because creating a successful and pristine piece is such a difficult task. I think every critic has to weigh the reality of how much work and effort it takes for a movie to come to fruition, but Sweet Girl has too many stumbles, too many things wrong with it to survive those shortcomings. Jason Momoa stars and produces in a family drama with action injected into it, focused on a father and daughter that lost their wife/mother to cancer. Dealing with that loss places them on a path to get revenge on the CEO of a pharmaceutical company that could have saved her life. It’s a bit of Traffic meets The Fugitive, because as dead bodies start piling up, the FBI and mysterious hitmen begin following the father-daughter team, with hopes to stop them from achieving justice. Sweet Girl has enough gas in the tank to move along, but it’s asking you to forgive a lot of it’s stupidity. For those reasons, and many more, I was not sweet on this one.

Directed by Brian Andrew Mendoza, with a screenplay written by Gregg Hurwitz, and Philip Eisner, there are many narrative decisions that took me out of any impact that Sweet Girl could make. It starts with a pointless, rambling, word soup narration from Momoa’s character Ray Cooper. It’s set to sweet twinkly music and then we see a montage of Amanda Cooper’s (Adria Arjona) struggle with cancer. Crying moments with daughter Rachel (Isabela Merced), hugs, smiles, and happiness; And when the doctor advises that there is a new drug on the market that can help cure her mom’s disease, that’s when the drug company decides to pull it from the market. The mother soon passes away, Ray and Rachel are distraught, and Ray’s attention turns to the CEO of the pharmaceutical company- played by Justin Bartha- with hopes that he can get answers for why his love is now gone.

The premise is not far fetched and in small beats Sweet Girl works. Jason Momoa is flexing his acting muscles more, having to play an emotionally drained father, and stepping into an Arnold Schwarzenegger style role as a protector. The performance from Isabela Merced is the best part, but her character is often standing around to watch her father fight bad guys, both within the spectrum of the action sequences, and the dumb decisions made by characters makes it consistently harder to forgive Sweet Girl. Mamoa is in pursuit of answers, with a hired hitman (Manuel Garcia-Rulfo) chasing after him, which leads to moments where he kills a lot of guys, each moment followed by his expression that it was an accident or justified. For Momoa’s character to be a single dad, who occasionally punches a heavy bag, he has the skills of a highly trained assassin. The same goes for Rachel, who seems innocent, but can kill henchmen just like dad. When Sweet Girl focuses on the emotionally grounded stuff, such as quiet moments in the car, or a brief teaching moment between father and daughter where they learn to discuss their anger, while looking for answers. All of that is when Sweet Girl works. Sadly, Mendoza relies too much on Momoa’s superhero stature and not enough on the well centered emotional beats.

And then it brings me back to the various issues that pile up from scene to scene. There’s continuity mistakes galore. A moment where a character is holding a drink in his hand while delivering a speech, then the glass magically disappears. Momoa is able to find a waiter’s suit that magically fits him. A construction site has the necessary tools for Ray to create a diversion and trap the bad guys in an uncomfortable spot. On top of all the clunky writing and continuity issues, Sweet Girl ruins everything by adding a twist, which retroactively ruins the first two acts and the entire plot. If the narrative focused on the dark thoughts and emotionally tortured nature of a father and daughter after losing the person they love, Sweet Girl would have risen above all those issues.

There are things I appreciated more by the ending of Sweet Girl and disliked due to missed opportunities. What I will take from it, is that Jason Momoa continues to prove his abilities farther than just a brutish man from Game of Thrones, but the narrative needs to help him out in the end. Isabela Merced is also a highlight, yet her character’s emotional arc is stunted by all focus on the action. There’s a better movie inside of Sweet Girl just dying to get out, but the final result is something that tastes incredibly bitter. 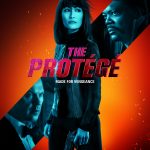 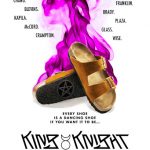