I already think Denzel Washington is a superhero, but I also think it’s pretty cool that the two-time Oscar winner has found himself an action franchise at this stage of his illustrious career. The Equalizer 2 is not the greatest film that Washington has made, that title still goes to Malcolm X, but it’s an engaging and entertaining drama, that mixes philosophical lines of dialogue, and fantastic set pieces. This is the fourth time Denzel and Antoine Fuqua have teamed up, and it’s easy to see why, as The Equalizer 2 makes it 4 for 4 in positive reviews for the team, and another opportunity for audiences to see Denzel Washington kick some major butt.

The first Equalizer was just the origin story mixed with a bit of Taxi Driver and Jason Bourne. Robert McCall (Washington) is a retired secret agent, highly skilled with his hands, a bit OCD, and someone who faked his death to leave his tragic past behind. Like a vigilante Robin Hood, he helped those in need, including a prostitute entrapped by the Russian mob. This time, McCall spends his days as a Lyft driver, listening in on the stories his passengers tell him, finding time to rescue kidnapped children, and beating the crap out of white collar criminal rapists. You just don’t mess with Robert McCall and you are certainly glad if he is on your side.

Fuqua returns in the directors chair with writer Richard Wenk. What the first Equalizer failed to do, was dive into the psyche and motivations behind McCall’s actions. The second installment is much more deliberate, taking its time, as McCall engages in long conversations with CIA friend Susan Plummer (Melissa Leo), reunites with ex-military friend Dave York (Pedro Pascal), and develops a friendship with Miles (Moonlight’s Ashton Sanders), an artists who struggles to escape the lure of Boston gangs. When Susan is mysteriously murdered in Europe, McCall starts to figure out that his life and anyone else associated with the CIA is in grave danger. This is when The Equalizer 2 becomes a see-saw game of cat and mouse, with McCall becoming the hunter and hunted.

I would fail as a film critic if I did not mention that The Equalizer 2 includes sections that drag. There are plenty of fights that are shocking with aggressive violence (mostly all exciting) and a general silliness to the Lyft driver with a heart of gold, makes it hard to take seriously. However, Fuqua and Washington know where McCall’s journey is headed, including a phenomenal choreographed fight sequence in a car and a climactic battle in a storm along the eastern shores, that might be one of my favorite action scenes of the year. The fearless attitude of The Equalizer is the perfect antidote for what cinema needs. A vigilante John Wick, looking to help those in need. It’s not a character with a mask. Or a franchise based on enormous monsters. The brilliant Denzel Washington is the hero we need more than ever. With his help, the world is more Equal. 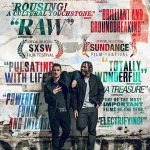