I feel everything is right in the universe, now that we have a franchise where Charlize Theron plays a badass spy, kicking and punching her way through a bunch of German bad guys in Atomic Blonde. We could talk about the South African actresses rise to Oscar gold in Monster or her franchise turn in Mad Max: Fury Road (a performance that should have given her another Oscar nomination- don’t get me started), but now we can finally praise her for something that’s entirely hers. She’s the star. Not caked in makeup or playing second fiddle to Tom Hardy. Her newest turn as sharpshooter Lorraine Broughton is not a flawless film, the plot is quite convoluted, but Atomic Blonde has so much kick-ass action you will be begging for studios to start working on a sequel.

It starts with one of her fellow agents James Gasciogne (Sam Hargrave), who is taken and shot in a dark alley. With his death reported by Her Majesty’s Secret Intelligence Service, the only person with a connection to his death is Broughton, who is brought in by Kurzfeld (John Goodman) and Gray (Toby Jones) for extensive questioning. Most of the film takes place in a smokey interrogation room, as we flashback to the events of what exactly happened in Berlin during Broughton’s mission. As soon as she lands, henchmen and goons are already trying to kill her (bad decision) before she teams up with the slimy David Percival (James McAvoy) to find out who killed her colleague and retrieve a stolen list of spies.

The director of Atomic Blonde is David Leitch, who got his start behind the camera working on John Wick, which will come to no surprise for fans when they see the hand to hand combat Theron displays. Her character is the total package, using fists, legs, and weapons to take out anybody who tries to mess with her. Multiple fights include improvisation with her high heel pump to stab a guy, a rip cord to whip and throw soldiers from a balcony, and what will be the most talked about stunt sequence for some time; an almost 10 minute stairwell fight scene. What is equally impressive about this epic battle of fisticuffs, is how Leitch and cinematographer Jonathen Sela keep it all in one shot. Theron rolls down stairs, is thrown through a wall, stands tall, and breaks faces. It’s one of the coolest action sequences in the last ten years. My guess is, you won’t read a single review about Atomic Blonde that doesn’t praise it.

The screenplay from Kurt Johnstad is based from the Atomic Blonde graphic novel “The Coldest City” by Antony Johnston and Sam Hart. As stated earlier, it’s not exactly the easiest story to follow. There’s a lot of double crossing, while characters seem to be showing their motives in plain sight, so there’s no real surprises. Percival and Broughton are tasked with protecting a man named Spyglass (Eddie Marsan) as they must get him out of East Berlin. A fellow undercover agent Delphine Lasalle (played by the fascinating Sofia Boutella) comes into the picture, as a wild card spy and a temptation to Broughton’s desires. The clock begins to tick and soon it seems everyone can’t be trusted.

The show stealer is Theron. Were this film in the hands of any other actor, Atomic Blonde would be just another standard spy thriller, riddled with cliches. Instead, we are watching a world class superstar dominate in every scene. Her character is smart, sexy, battled, bruised, and mysterious. She drinks her vodka on the rocks and submerges herself in a tub full of ice to heal her wounds. It also helps that Atomic Blonde has a pretty cool 80’s soundtrack that makes a lot of the action nostalgic fun. It all just goes back to Theron, however. Her performance is excellent. It’s so hot, it’s Atomic. 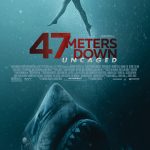 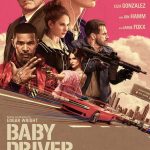