Yeah, this baby fucking rocks. I’m talking about Edgar Wright’s new electric heist film- Baby Driver. This smooth moving, fast paced affair, is sure to impress the pants off anyone who goes for the ride. In a medium that has seen its share of stories about bank robbers combined with car chases, I can honestly say I have not seen it done like this. Wright has made a film that not only has high action pursuits, but every wheel screech, gear shift, and lane change is set to the beat of the soundtrack. Baby Driver is the invention of a car chase musical, where our hero- who goes by the name of Baby (Ansel Elgort)- is the fastest getaway driver around and always moves to the beat of his special collection of tunes. It must be said, over and over again, Baby Driver is the most fun you will have at the movies all year.

Wright is the director known for the Simon Pegg starring comedy trilogy- Shaun of the Dead, Hot Fuzz, and The World’s End, till he became known for his highly publicized exit from Marvel’s Ant-Man, setting Wright out on a different path, one where he makes his own unique kind of film. It’s not a bad thing to make a corporate mandated superhero heist film, but let’s just say that I think Wright has made something he can fully call his own. He wrote and directed Baby Driver, in a time of cinema where the art of a car chase has felt lost for decades. Films such as Bullitt, The French Connection, and The Blues Brothers all come to mind when we think about great car chase sequences, and if Wright set out to add his film to that pile, he has more than succeeded.

Elgort’s Baby is a loner, a kid whose hearing went bad after being involved in a terrible car accident as a kid. It left him as an orphan and he developed a knack for listening to music or recording things he hears on a daily basis. He likes to make soundtracks for his life, a life that has fallen into the hands of a crime boss named Doc (Kevin Spacey) who periodically sends a team of thugs to rob banks.  In the films opening introduction, we see Baby tapping his hands on the wheel, scanning his iPod for the perfect song, while slick haired Buddy (Jon Hamm), his wickedly sexy girlfriend Darling (Eiza Gonzalez), and loose cannon Griff (Jon Bernthal) take over a bank with guns, only the camera stays with Baby. He’s about to put on a show of how to get away from the cops. He’s the most valuable player to the team.

Now, what I love that Wright does is he does not let the energy end after the robberies stop. He keeps the music playing, while Baby’s walking down the street for coffee he’s constantly shuffling his feet, to a soundtrack that features an eclectic collection of tunes. They range from “Nowhere to Run” by Martha Reeves and The Vandellas, “Radar Love” by Golden Earring, and of course Simon & Garfunkel’s “Baby Driver”. It really is a soundtrack you want to drive around with. Later, some players on the team change, including the vicious Bats, played by Jamie Foxx who delivers a scary good performance, but Baby stays put in the driver’s seat, earning his share, hoping to someday leave it all. Unfortunately, he’s just too good at what he does. Doc’s crew just doesn’t get caught because of Baby, but the boy wonders if plans rapidly change after he meets a lovely waitress in a diner named Deborah (Lily James). Like any good crime boss though, Doc isn’t going to just let Baby stop driving his crews.

There are many factors to praise about Baby Driver, from the seamless, Oscar-worthy editing that has a kinetic energy of its own. The pacing and tempo by Wright is impeccable, as he channels the old-Hollywood muscle car films, while creating something totally unique on his own. If the film has any flaws, it’s the slight lack of character building in supporting players, but this still is a superb cast of characters, including the arrival of Elgort, an actor that I had many trepidations on being in the lead role. And yet all of those fears are smashed in the first few minutes of the film. The Fault in Our Stars actor is as cool as a cucumber, and can pull off wearing a slick pair of Ray-ban’s at all times.

Baby Driver is a spectacular accomplishment. It never slows down to let us catch up, it just always has us strapped in for a good time. Edgar Wright is cementing himself as one of our most pleasing directors of the past decade and has created a Baby that we all can love. Take Baby Driver for a spin. You won’t regret it. 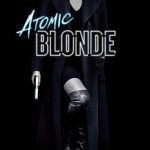 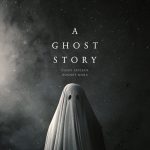