If you’re paying attention to the work of Richard Bates Jr. you know that he’s already working with legends of cinema. Names such as John Waters, Sally Kirkland, Robert Patrick, and Barbara Crampton– just to name a few- and he’s making his movies fearlessly. It all began with his independent horror hit Excision and now he’s making a comedy in his own way with King Knight. The premiere is this weekend at the 2021 Fantasia Film Festival and I had the chance to talk with Richard about Excision’s 10-year anniversary, working with big actors, writing a comedy, and making his lead actor dance. Listen here: 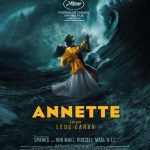 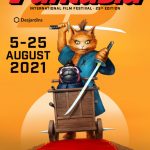